This article seeks to discuss the intersemiotic translation as a privileged contact zone, with a focus on "Edge of Madness" by Anne Wheeler, the film transposition of Alice Munro's "A Wilderness Station". Originating in an intertextual contact zone, the tension between the adapted text and the adaptation produces meaning (Hutcheon 2013), expressed as story(re) telling. Rather than being filtered through the simplistic and abused lens of "fidelity discourse", the cinematographic narrative is acknowledged as an independent story generated by the Canadian author's storytelling impulse, by the story(re)telling tension inherent in her own narrative. In this vein, socio-semiotic multimodal analysis provides a suitable methodological framework (Bateman and Schmidt 2012), as it illuminates the meaningmaking potential of socio-culturally negotiated modes and modal resources. Specifically, this article addresses the semiotic function of the close-up. This size-of-frame technique is systematically adopted 1. ideationally, to represent and foreground the female protagonist, 2. interpersonally, to establish intimate social distance among interactive participants, and 3. textually, to trigger shifts from present and past narrative strands. 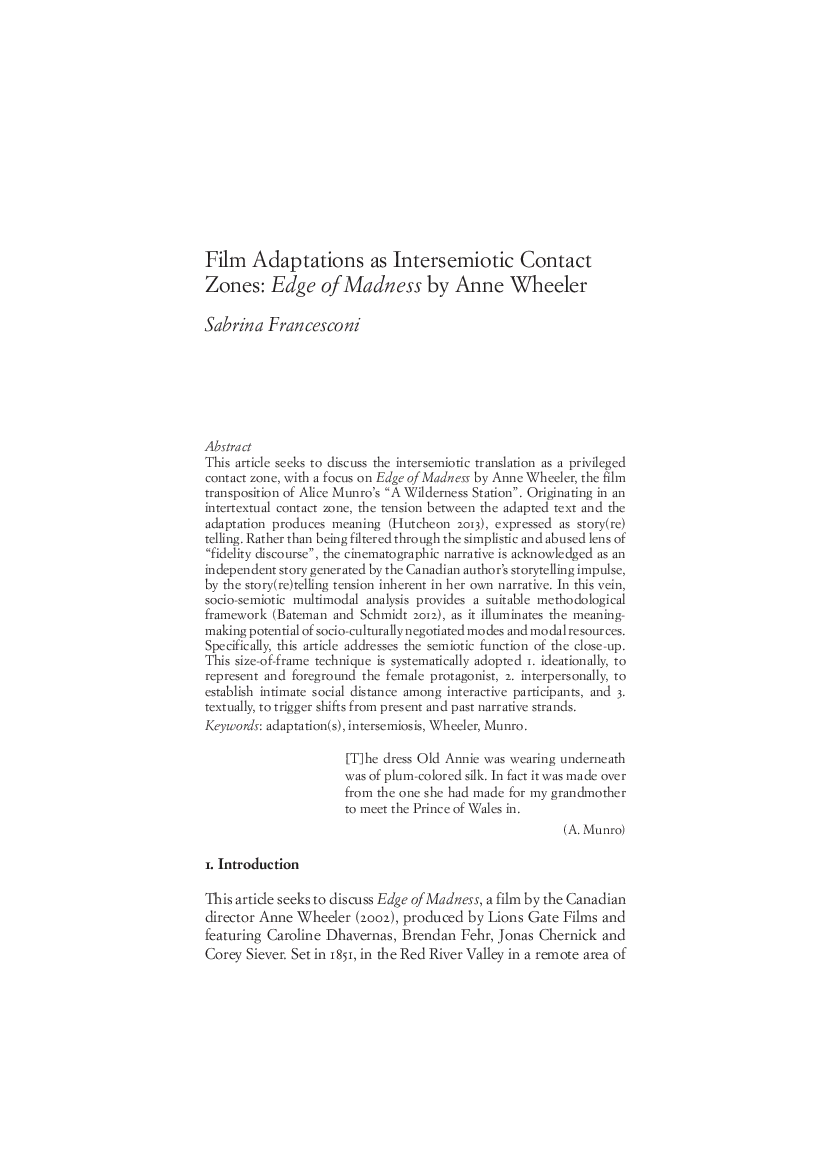