Vernon Lee, a well-known cosmopolitan intellectual and prolific author, reviewed Charlotte Perkins Gilman's "Women and Economics for The North American Review" in 1902 in order to inform and stimulate 'Anglo-Saxon readers' to read Gilman's book. "I believe that 'Women and Economics' ought to open the eyes and, I think, also the hearts, of other readers, because it has opened my own to the real importance of what is known as the Woman Question" (Lee 1902: 71). Writing is for Vernon Lee not a monologue but a form of conversation with her readers, who are taken into great consideration. Following the tradition of Discourse Analysis, this study will identify the linguistic features typical of spoken face-to-face interaction that occur in her review. By focusing on stance and engagement (Hyland 2005), I will verify the ways in which the author constantly exploits conversational linguistic resources such as hedges, questions, directives, personal pronouns, in order to interact with her readers. Moreover, by bringing to light intertextual and interdiscursive elements, the analysis will show how Vernon Lee converses with Charlotte Perkins Gilman, also giving birth to a metaphorical cross-cultural dialogue. Finally, the study will investigate whether the dialogic nature of the review becomes an instrument of political propaganda to support and spread Lee's 'radical' ideas and publicise her views as widely as possible. 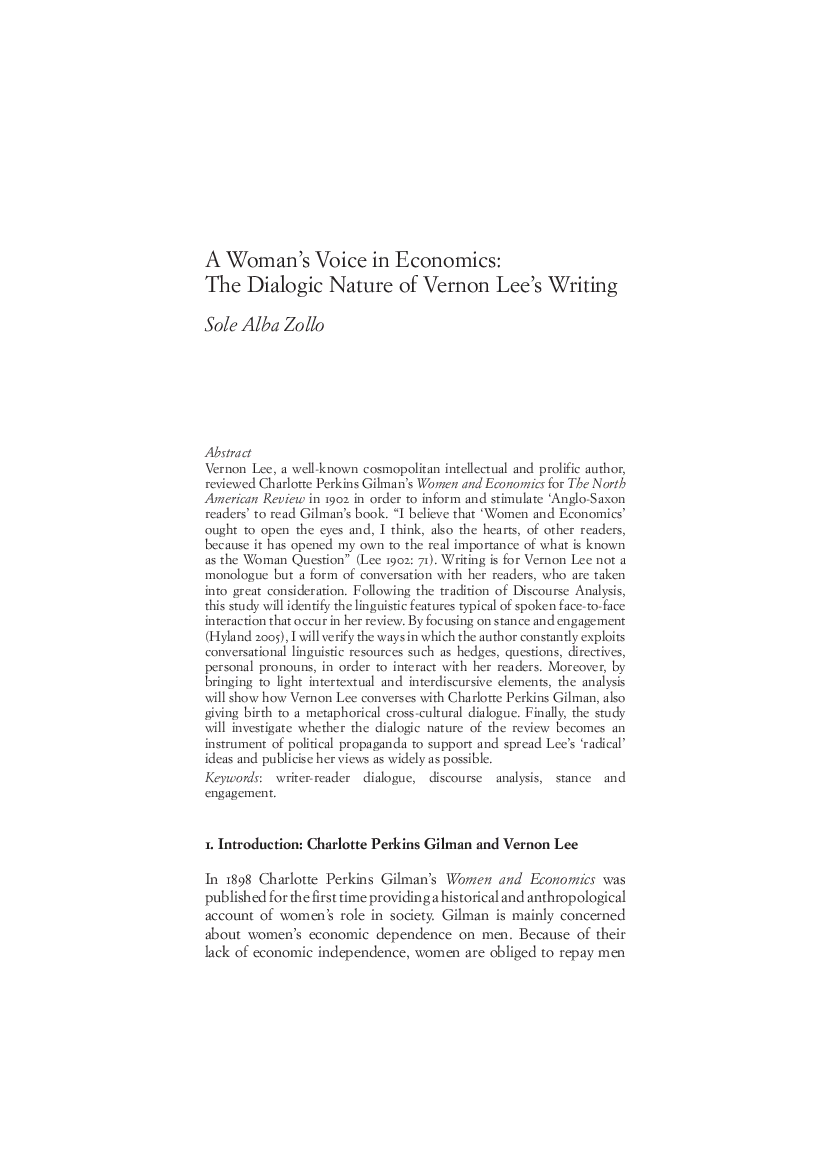