This paper discusses the work of contemporary British poet and spoken word performer Kate Tempest, whose postmodern poems challenge the triangular relationship between written and/or performed text, the role of the author and/as performer, and the traditional function of the (reading) audience. It argues that her work questions in productive ways crucial issues like authorship, ethical responsibility, inter- and transmedial textual plurality, reception and oral narration. In "Brand New Ancients" (2013) in particular, Tempest questions and deconstructs the form and the structure of traditional epics by reversing a number of key features. Set in the contemporary age, Tempest's poem breaks down sociocultural boundaries such as, for example, those between high and low, Gods or semi-divine figures and lower-class, disenfranchised mortals and, in a metanarrative move, between the figure of the poet and the readers/listeners, who are transformed into potential members of an interactive postmodern dramatic chorus. In this way, Tempest gives voice to a potentially endless spectrum of voiceless and marginalised subjectivities, whose subaltern status is erased in this new poetic hierarchy-free (inter)textual space where opposites can co-exist. 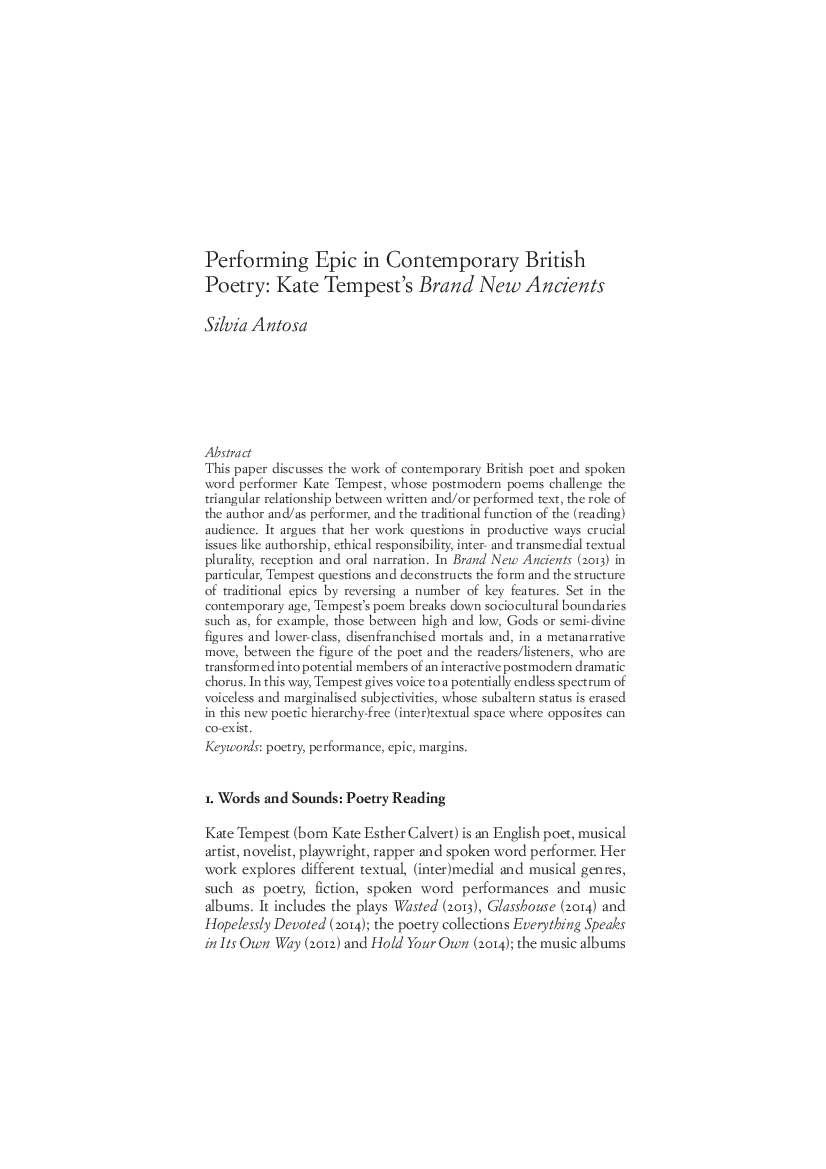