Not only did the eighteenth century see the rise of what we now call “the novel", it also saw the rise of a category to define it. This process was a relatively long one, the term “novel" entering into common usage only towards the end of the century. A variety of other experimental labels, such as “historyµ and “biography", were used to stress the empirical component of the new species of writing, which was also defined by means of preexisting genre notions such as “epic" and “romance". Moreover, puritanical attacks on fiction that did not distinguish between the novel and romance kept resonating throughout the century. This essay argues that the stable adoption of the word “novel" was due, for the most part,to the need to discipline the new genre. The rise of a new kind of aesthetic consumption demanded a new critical language, and so did the emergence of pedagogical values that were part and parcel of a new social imaginary. Along with the need for discipline went a need to understand and define the features of novelistic narratives, in particular the readerly involvement that characterized their consumption. Simultaneously, practitioners of the new genre and critics who placed trust in its pedagogic virtues, such as Clara Reeve – who embodies both categories – sought to establish a distinction between good and bad novels and asserted the value of novelistic writing by defining it in historical terms. 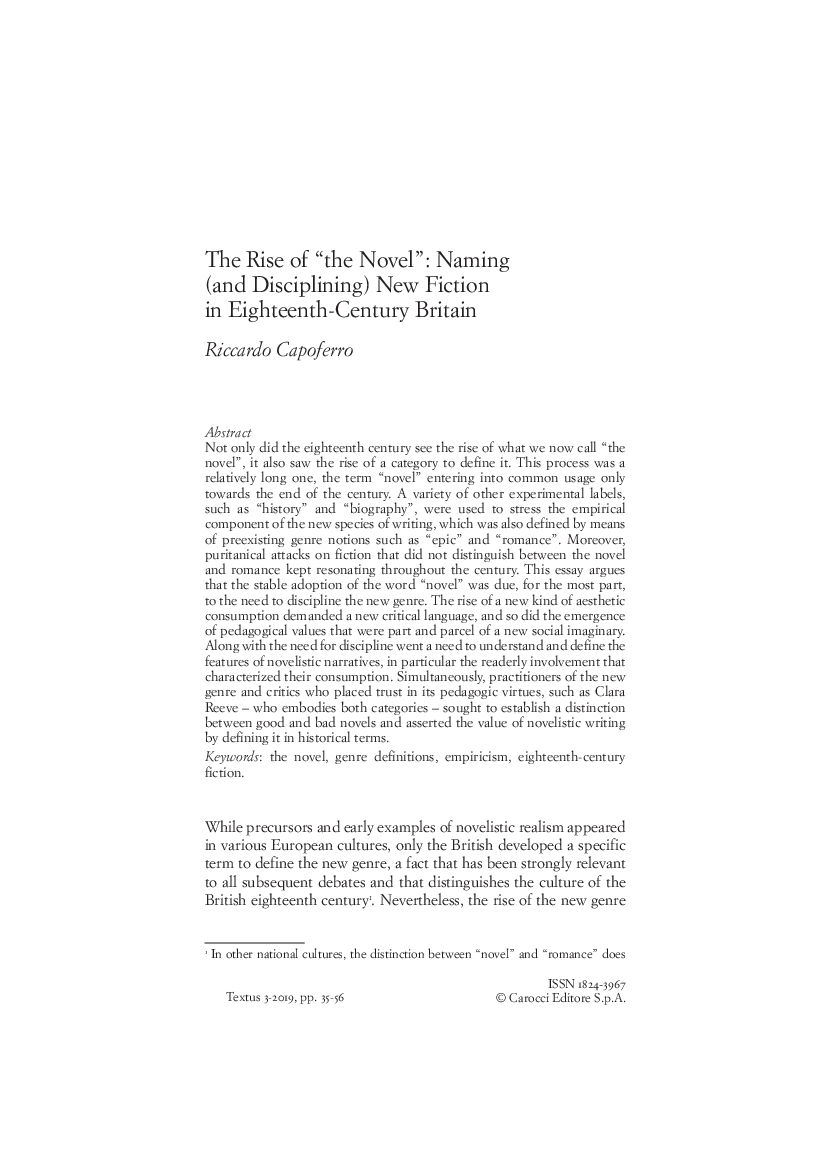