This article argues for literature as an important component of female education in late Enlightenment England. Academic research may have neglected this aspect of the gender debate until now, yet we cannot ignore that great intellectuals such as Catharine Macaulay (1731-1791), Mary Wollstonecraft (1759-1793) and Maria Edgeworth (1769-1791) included the major products of the national and international tradition in their innovative syllabuses: they considered them the purest essence of “Truth" and “Nature", which was crucial in improving female nature. Made of epistolary correspondences and dense – at times polemical – pamphlets, this early feminist path towards equality still deserves the reader’s attention. Our purpose here is to show that aside from its peculiar combination of literary criticism and pedagogy, their work lay the basis for women’s independence in a just society 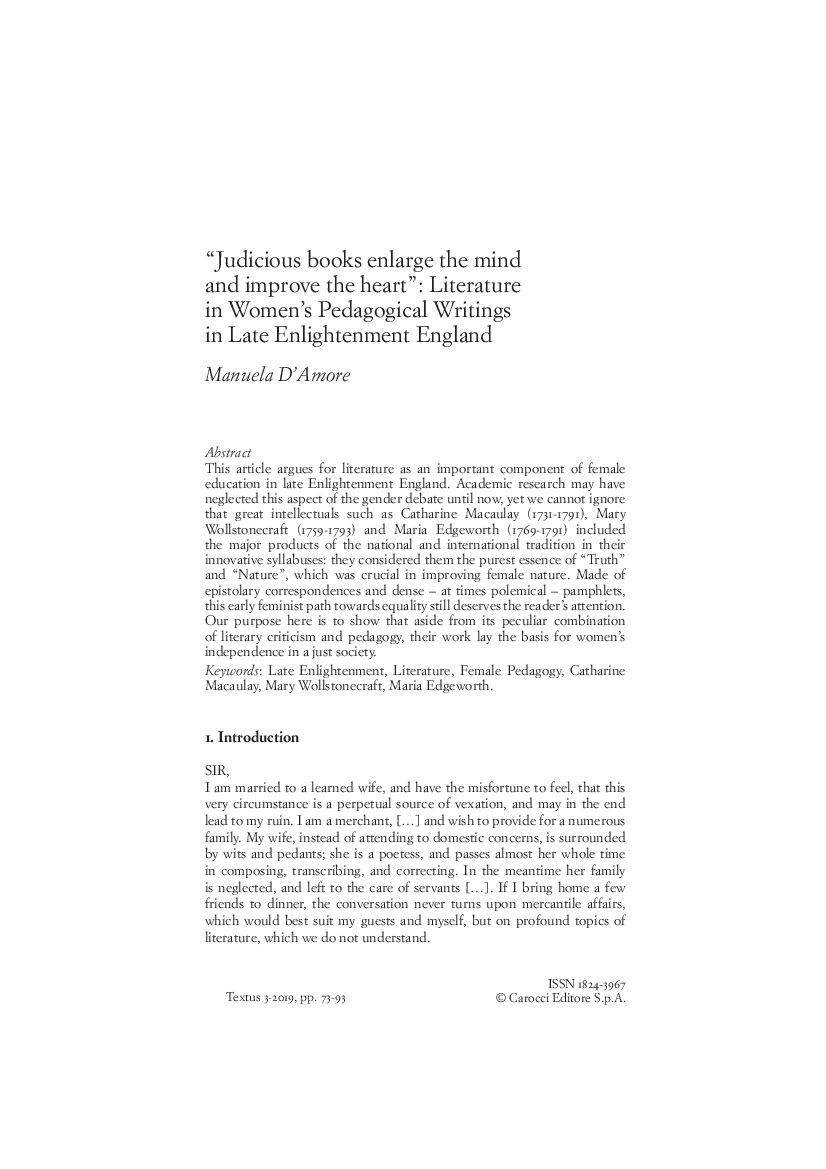