In the last thirty years, scholars have been emphasizing the novelty of many aspects of eighteenth-century thinking and feeling. Articles and books have drawn attention, for example, to the new language of music and of politics, the new ways of administering justice, and the new idea of men and women. Book titles bearing the word “Inventionµ have consequently proliferated: The Invention of History (Stephen Bann 1990); The Invention of Autonomy (J.B. Schneewind 1998); The Invention of Art (Larry Shiner 2001); Inventing Human Rights (Lynn Hunt 2007); and L’invenzione della libertà di stampa (Edoardo Tortarolo 2011) among others. This article maintains that among the many ‘inventions’ the eighteenth century can claim as its own, the invention of suspense is certainly not the least important. After bringing evidence of an increasing presence of the word in novels and periodical essays, the article shows how, through trial and error, novelists over the century developed a narrative technique which aroused suspense in readers. The essay relates this technique to the practice of individual and silent reading, which became prevalent precisely in the eighteenth century. This new narrative form contributed to the dissemination of a sense of future time, which Novalis would later define as the capacity “to notice the secret connections between past and futureµ, seeing it as an eighteenth-century acquisition. 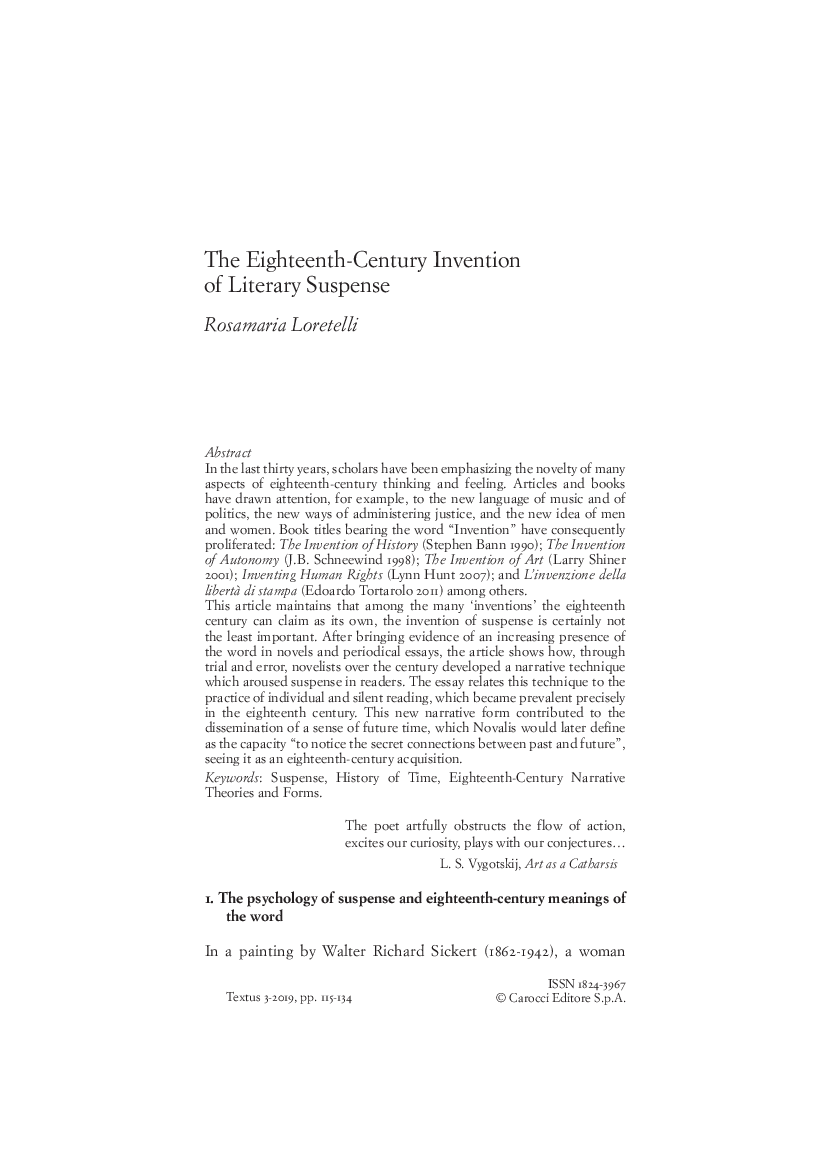