In 1778, to the horror of their relatives, the Irish spinsters Lady Eleanor Butler and Miss Sarah Ponsonby eloped to start a retired life together in Plâs newydd in Llangollen Vale, in North Wales. In fact, the desire of the “Ladies of Llangollenµ for domesticity away from public life clashed with their growing celebrity among their contemporaries, some of whom became regular correspondents or went to visit them in their Welsh retreat – such as, inter alia, Mary Tighe, Hester Piozzi, Edmund Burke, Anna Seward, Robert Southey and William Wordsworth. This article aims to examine the Ladies’ experiment of a female community in regional Wales as an image of resistance to the then-predominant Enlightenment philosophy of progress and improvement. The Ladies’ challenging experiment, implying a critique of the connection between economic development and women’s refinement and biological reproduction, is poetically represented by Anna Seward in the long poem Llangollen Vale (1796), which provides the most significant literary representation of the Ladies’ cultural significance. In their celebration of rustic life against the hue and cry of the world one can hear echoes of Rousseau’s philosophy, as well as of James Thomson’s, Thomas Gray’s and William Cowper’s sublimation of rural “retirementµ. At the same time, from Butler’s and Ponsonby’s letters and diaries, a subversive narrative emerges with Ossianic resonances. Ultimately, the article proves why one can regard the Ladies of Llangollen’s case as a paradigm of the dialectics and tension between conservative and revolutionary forces at the heart of eighteenth-century cultural, literary and political discourses. 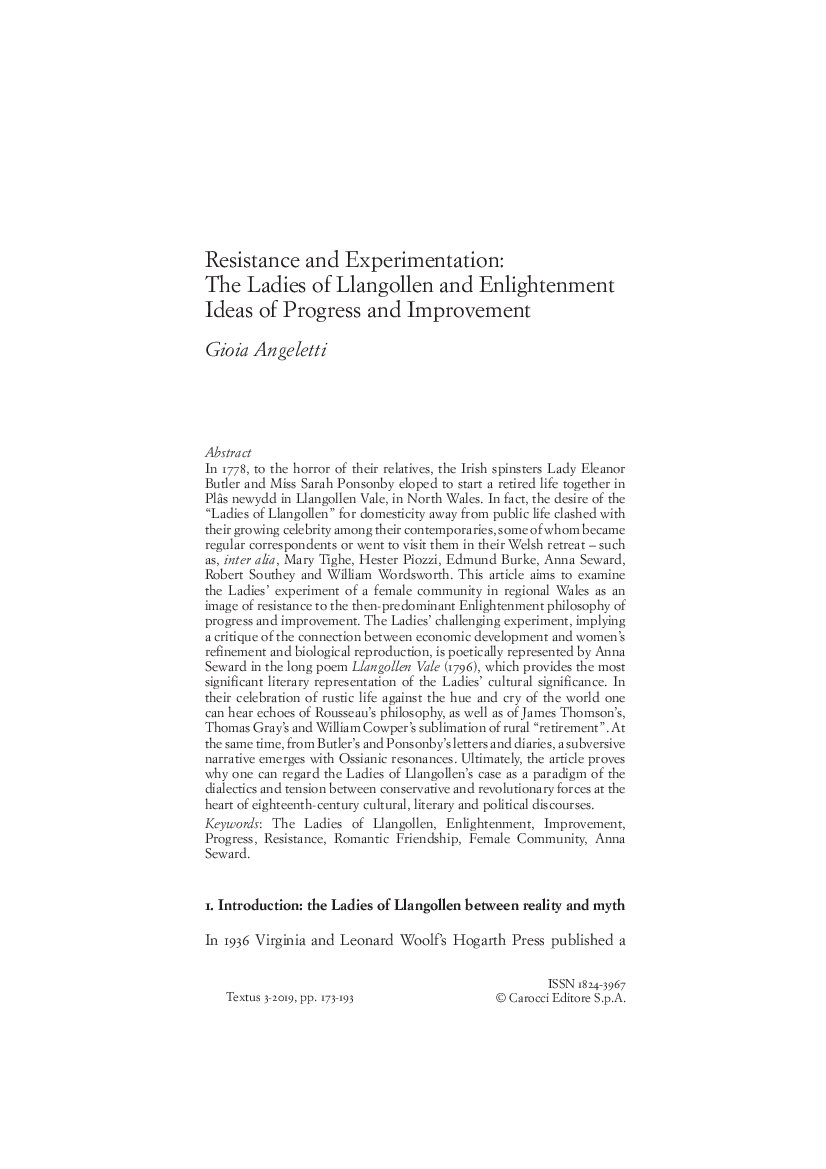