The aim of this essay is to investigate the attitude of three bilingual English- Italian dictionaries towards political correctness. One hundred words labelled as offensive in relation to ethnicity, sexual preference, physical/ mental disability, appearance, religion and politics were randomly selected from the latest editions of five English monolingual learner’s dictionaries and were examined in different editions of Hazon, Ragazzini, and Sansoni, starting from the first editions published in the 1960s and ending with the editions published in the first decade of the 2000s. The findings show that all together the three dictionaries trace a realistic picture of the evolution of political correctness from the 1960s; taken individually, however, they are not politically correct to the same extent. From a synchronic point of view, Ragazzini2010 is the most politically correct; from a diachronic point of view, Hazon1990 plays an important part in diffusing political correctness in the subsequent editions of the other dictionaries. 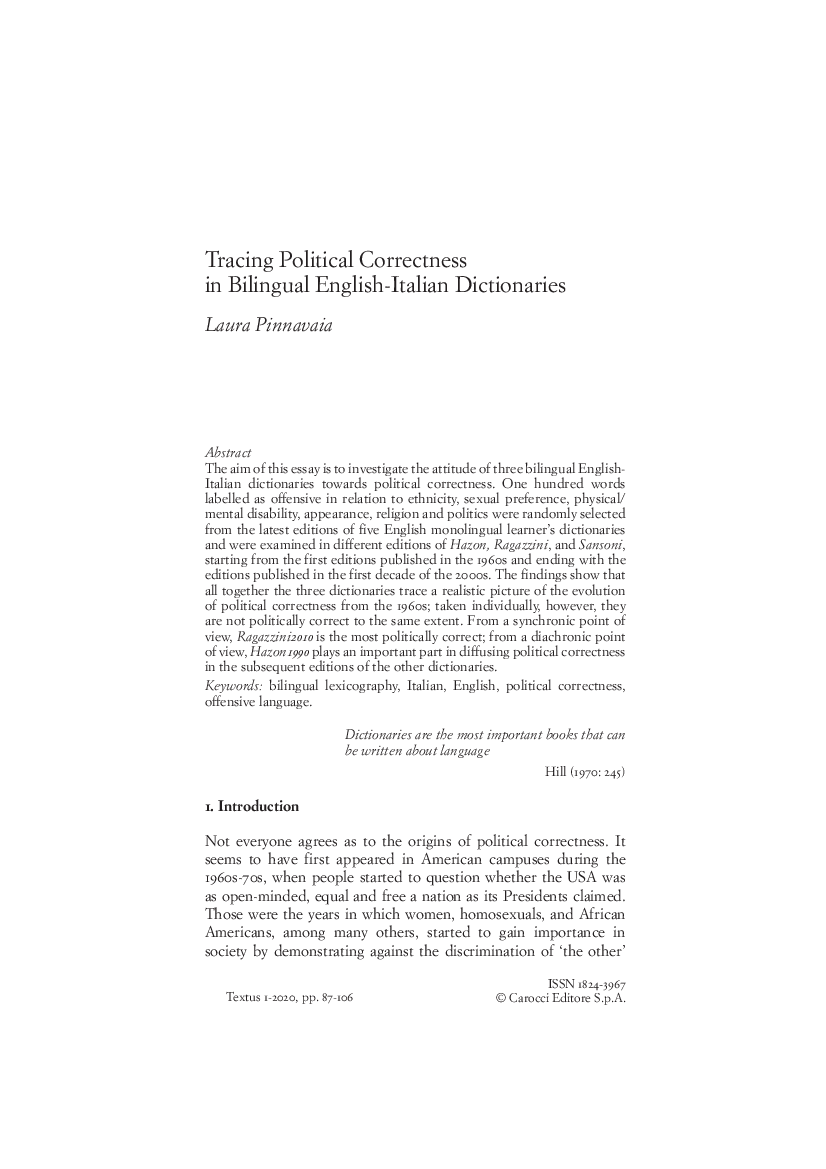