Today information tends to be increasingly specialised. Moreover, English is the language of most scientific literature worldwide. Within this context, English dictionaries are very important reference tools which help improve exchange among members of a given professional community. Of the different specialised languages, the medical one perhaps undergoes the fastest changes parallel to the continuous and rapid advances in the medical sciences. However, research on medical lexicography seems to lack studies on monolingual medical dictionaries – especially from a comparative, both synchronic and diachronic, point of view. This paper aims to offer a contrastive analysis of some features of two of the most influential and authoritative British and American monolingual medical dictionaries. More precisely, the latest edition (2017) of the British Black’s Medical Dictionary and the latest edition (2006) of the American Stedman’s Medical Dictionary will be compared to two of their corresponding earlier editions published, respectively, in 1981 and in 1982. A corpus of entries concerning the skeletal system and related disorders will be investigated, since the aim of the analysis is also to highlight the importance of including the two dictionaries in the curricula of Italian University sports sciences degree courses. Emphasis will be placed on how the data is treated at both a macrostructural and a microstructural level. Particular attention will be focused on the organisation of meaning, as well as on the important cognitive function displayed in the treatment of data. 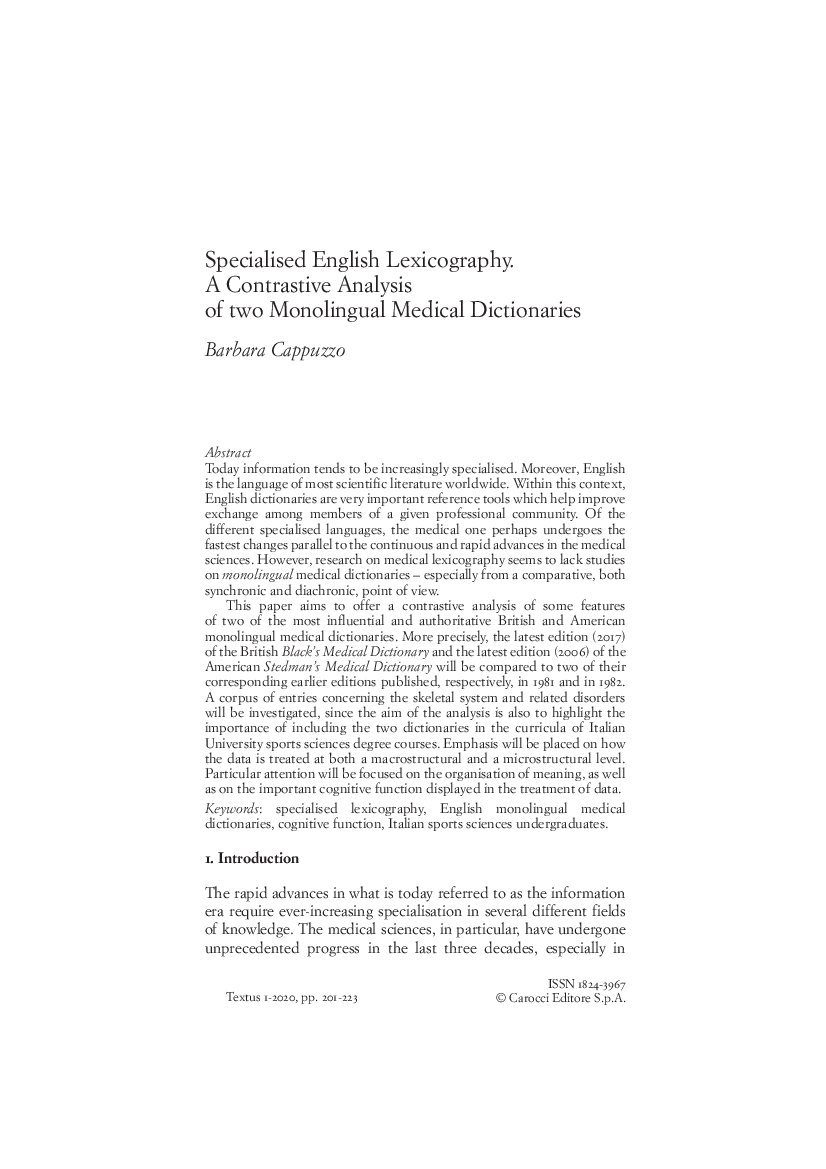