In the urban planning or in the disorganized growth of the city, elements of the natural landscape or previous urban arrangements o}en conditioned subsequent developments. So called ‘compensatory’ buildings played a central role in occupying the irregular spaces formed over time. Against this background, it is o}en argued that the tabernae – a widespread feature of the trade routes of Roman cities – could have played a decisive role. By abandoning our vision of a geometric structure of the city based on plans and axonometries in favor of reliable three-dimen- sional navigable and immersive econstructions, this article draws attention to ancient visitors’ perception of space and architecture, and on their movements throughout the Roman city. \us, it is possible to observe how the rows of tabernae, progressively narrowing or widening their depth thanks to the extreme ductility of their characteristic modular elements, could #t into the irregular spaces of the urban fabric. In this way, by absorbing more or less pronounced misalignments, they sometimes favored the observer’s perception of axiality and symmetry 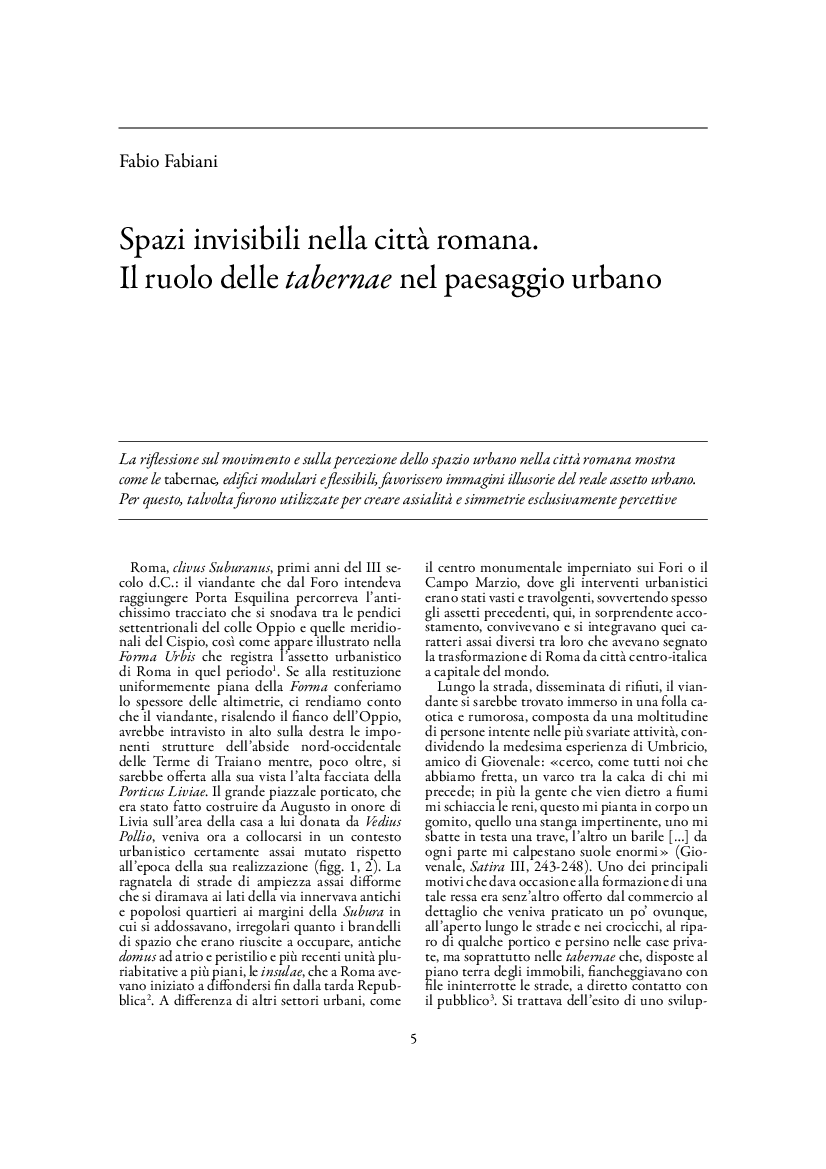