The essay analyzes the photomontages made by Vinicio Paladini since 1926, when he founded the Immaginismo with Umberto Barbaro and others. !is avant-garde movement, aimed to a synthesis of painting, theatre and cinema, flourished in the experimental milieu of the Teatro degli Indipendenti and the Casa d'Arte, both directed by Anton Giulio Bragaglia. Because of its fragmentary structure and narrative character, the imaginists' photomontage share some aspects with Dadaism, Surrealism and also with de Chirico's Meta#sica, wellknown to Paladini. !rough the examination of contemporary periodicals Schiaffini contextualises his photomontages within the contemporary cultural debate on photography, literature and film. Focusing on Paladini's close relationship with Barbaro, writer, director and author of important essays on cinema, she proposes new interpretations of his ideas and some iconographical sources for his work. 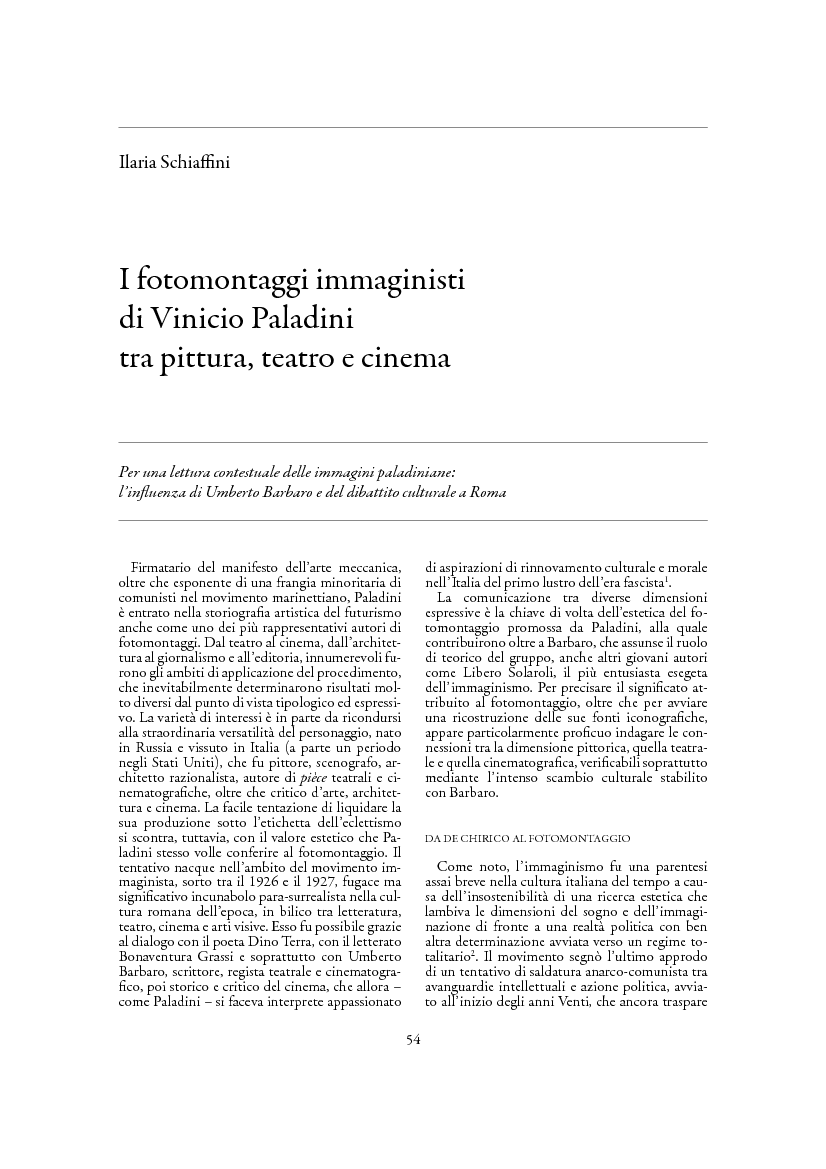