The use of fireworks in the religious and profane celebrations held in Seville in the 17th century is still a matter little discussed by the historians of Art, surely because of the ephemeral character of this artistic manifestation. The article provides abundant novel documentation from the archive of the Cathedral of Seville. The two authors analyse the different typologies of these jewels roaring, which are distinguished by the «castles of #res» and «machines». Along with these types we can note the masters who concocted them and the celebrations which occurred. Among them highlighting the feast celebrated, in 1671, for the canonization of the patron of the city, the king Saint Ferdinand and also we can demonstrated the importance of the Seville Cathedral as a theater chosen for firework shows, which, once again, in the period examined, emerged as a symbol of the cultural identity of the capital of Andalucia. 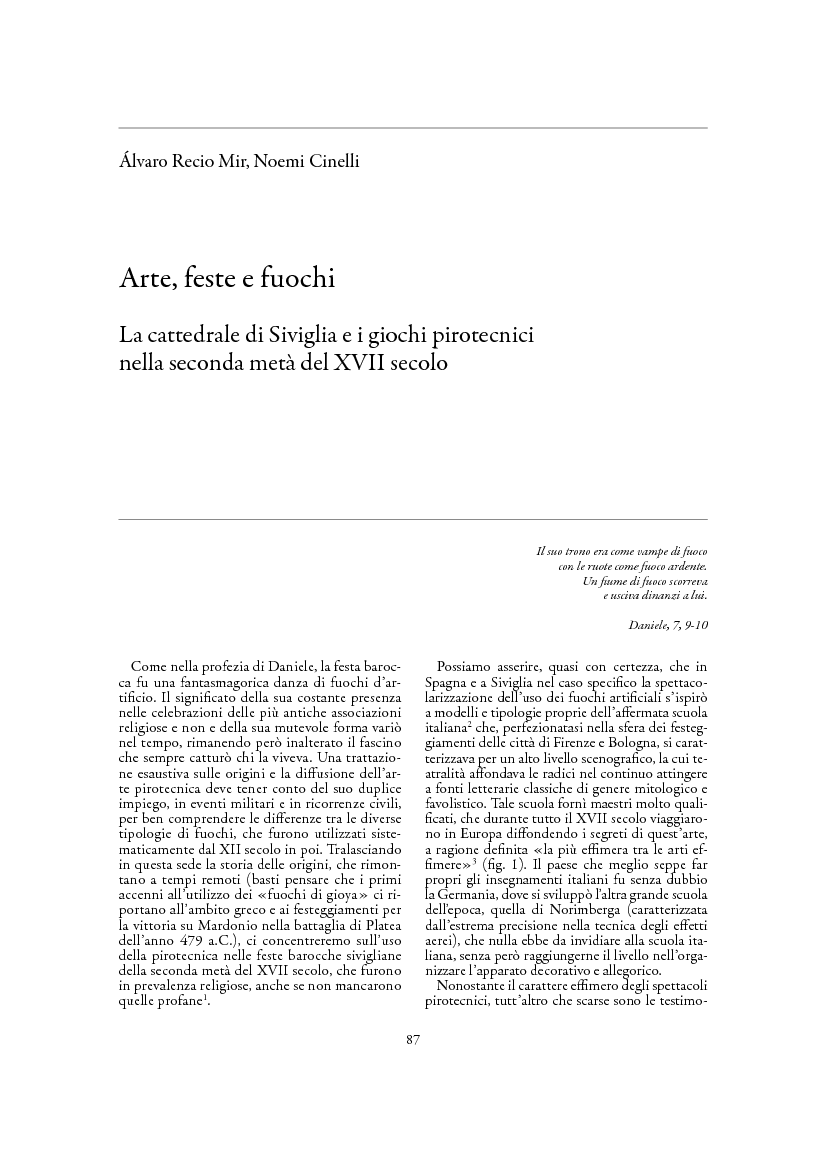