The author attempts a first comprehensive analysis and interpretation of Rene Crevel's art criticism. This first contribution of two focuses on the 1920s and scrutinizes Crevel's activity as an art critic in Paris and Berlin. Some of the artists he deals with, such as Giorgio de Chirico, Max Ernst or Paul Klee, were surrealist or were considered such; some others were rather the result of his personal relationships, such as Eugène MacCown, Pavel Tchelitchew or Jacques-Émile Blanche. Although he doesn't write about the latter, with the exception of MacCown, they are representative of a world that was alternative to the surrealist one, with the result that Crevel was often considered an ungenuine surrealist. But his art criticism proves on the contrary that he could interpret art according to really surrealist categories, such as poetry, inspiration, unconscious; moreover, he was among the first to use the often adopted metaphor of painting as a door to surreality. He often worked on commission, for example on behalf of the German gallerist Alfred Flechtheim, and certainly art writing was also a source of income for him, so in this respect he may seem far away from the surrealist refusal of the bourgeois art system; at the same time though Crevel was keen to establish a surrealist canon in art, which he constantly defended againts the attacks coming from the many Paris art reviews of that time, such as "Documents", "Cahiers d'art" and many more, which criticised surrealist art from different points of view and for different reasons. 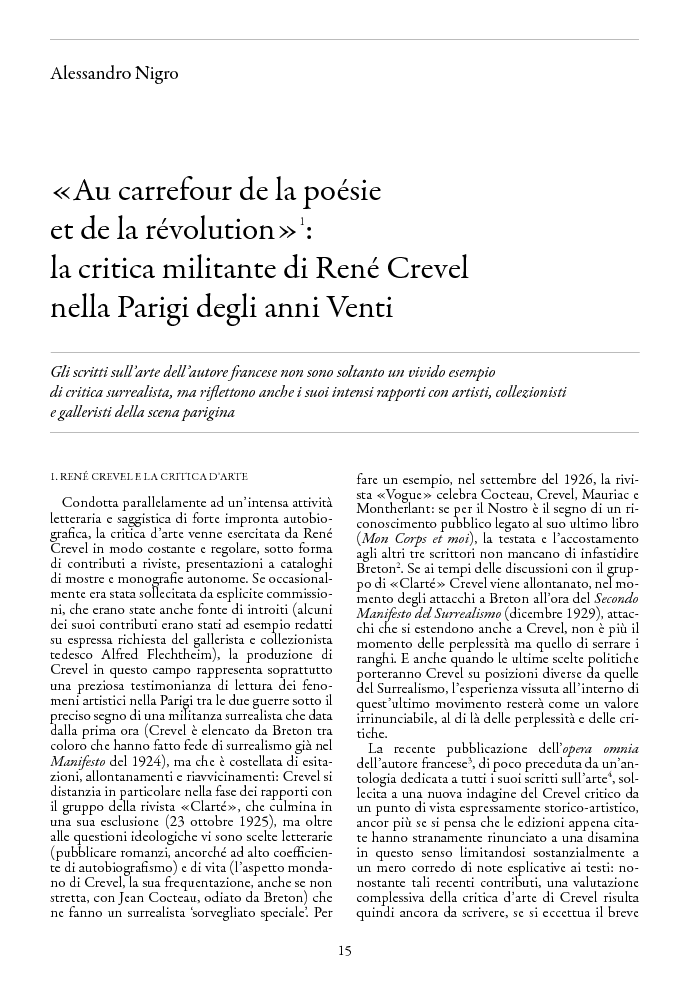