In March 1924 Paul Éluard suddenly left France for a one way trip all over the world. Only three months later did he write to his wife Gala, who decided to reach him. In lack of money for the trip, Gala, with her husband's approval, organized an auction to sell a part of their rich collection of modern art. This sale, occurred on the 3rd of July 1924 at the Parisian auction house Hôtel Drouot, represented a key moment for the creation of surrealist art market. Paintings and other artworks by Max Ernst, Picabia, Man Ray, Klee, Masson and de Chirico passed for the first time in a public auction, reaching the official art market network. Even if some works weren't sold and the most of them were purchased by André Breton and other surrealists, these artists gained for the first time a quotation. This sale also attracted the attention of some of the most important dealers of the time such as Léonce Rosenberg and Pierre Loeb as well as influent collectors such as the Vicomptes de Noailles. 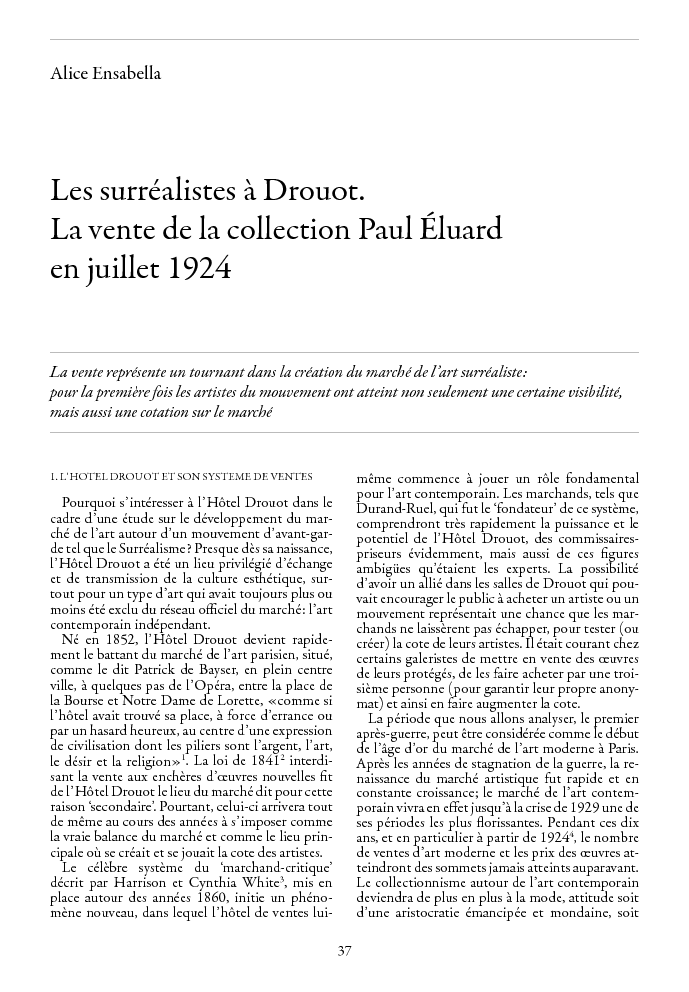