To verify how, despite opposition from the neoclassical writers (Milizia and Cicognara), over the course of the nineteenth century, the 'Baroque' nevertheless continued to capture the attention of artists, anticipating the critical re-evaluation at the end of the century, the essay takes into consideration some formal seventeenth-century, compositional or iconographic inventions and verifies how they were assimilated by Italian and French nineteenth-century sculptors. Special attention is given to the themes of sculptures with movement, veiled figures, 'coloured' figures, as well as some specific works, firstly, the "Santa Cecilia" di Maderno. Like a connective element between the two centuries, the common quest for effects of movement and technical virtuosity are established, as well as the similar will to emotionally involve the spectator. 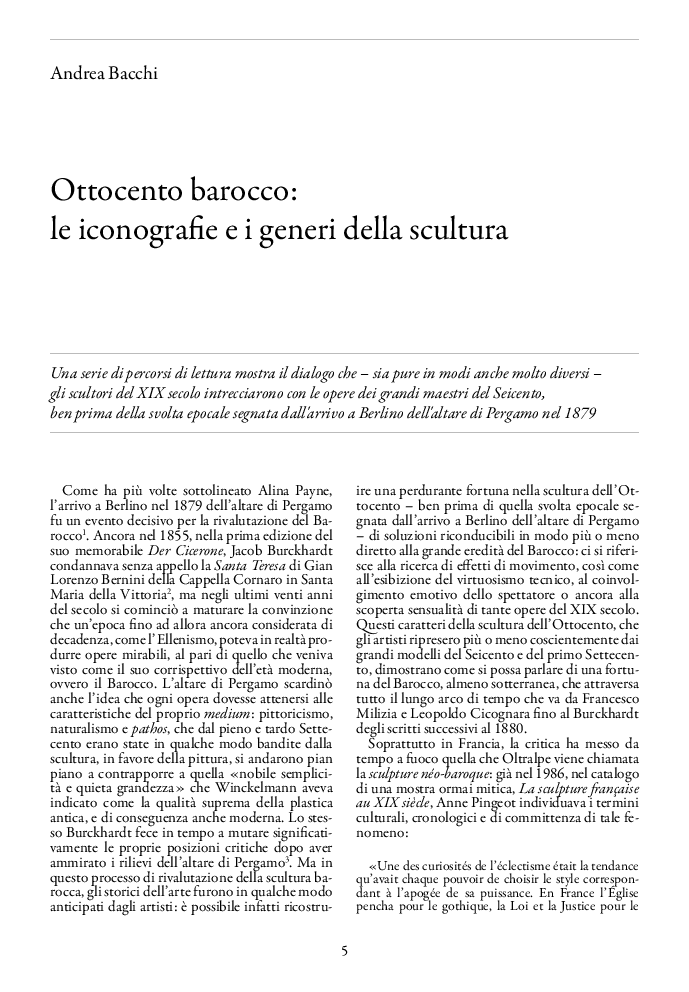