Through the examination of conspicuos unpublished documentary sources, the essay presents the various stages of building and transforming the palace Medici Clarelli. The succession of events here described is very close and continuosly evolving, from the beginning of 16th century, when the Capitolo di San Pietro in Vaticano (Chapter of St Peter's Vatican Basilica) parcelled out the plots of land in the area surrounding via Giulia, until nowadays. The A., availing herself of punctual analysis of graphic and documentary sources, points out the main passages of the historical process that led the building from aristocratic residence to a block of rented apartments, to hospital, military barrack and then headquarter of municipal offices, with the consciousness that being aware of our past helps planning a future where memory of the past opens us to understanding and enjoyment of architecture for a better use. 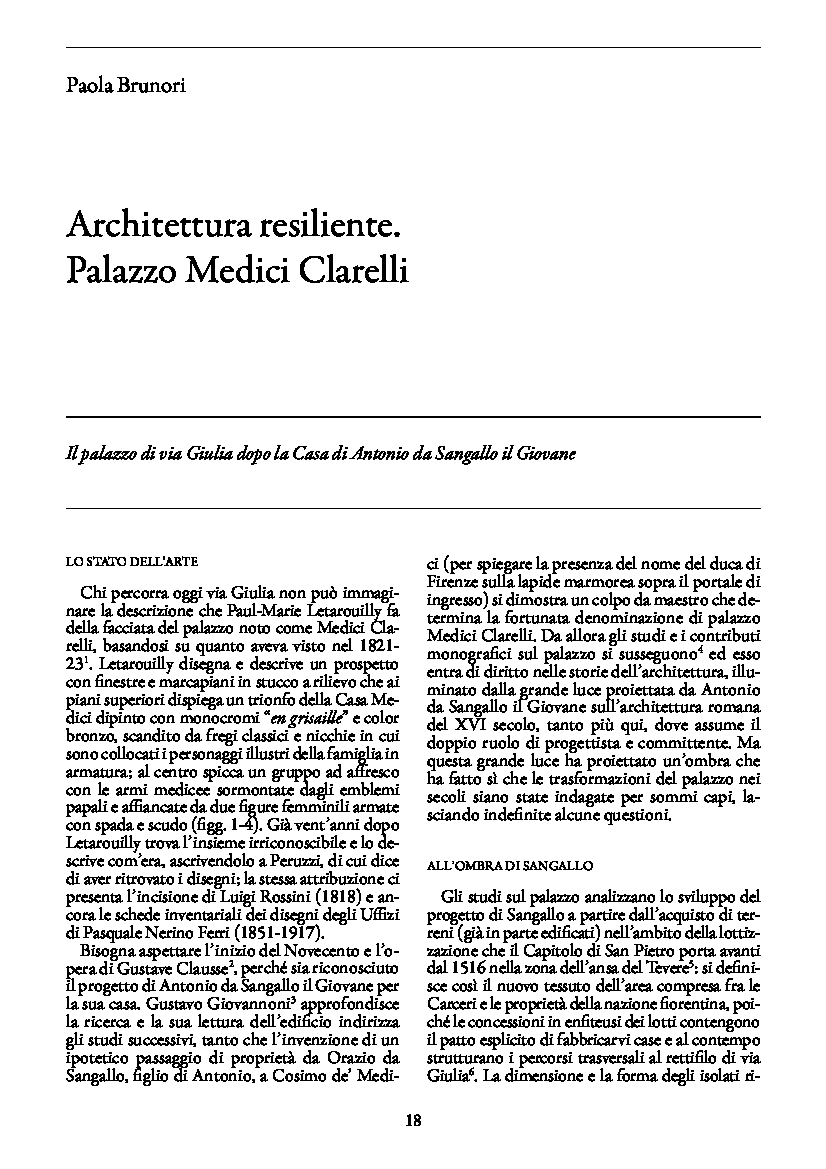