A study of Discours sur la Portraiture. Dans lequel on a tâché d’éclairer le goût du Public pour les Portraits, which was published anonymously in Geneva in 1776 and has been hitherto completely ignored by scholars, can contribute to shedding more light on the life and activity of portrait miniaturists in 18th century Paris as well as on the role miniature portraits played in everyday’s life. (e world of Art Academies, the issue of artists’ education, the role of amateurs and connoisseurs, the period’s debate on the traditional and new painting techniques, are all at the core of this forgotten book, which can offer new and interesting clues into the art world of the Ancien Régime. While the whole work will shortly be examined in a further contribution, the present paper focuses on the question of the right value and price of a portrait, which is discussed in the third part of the essay. 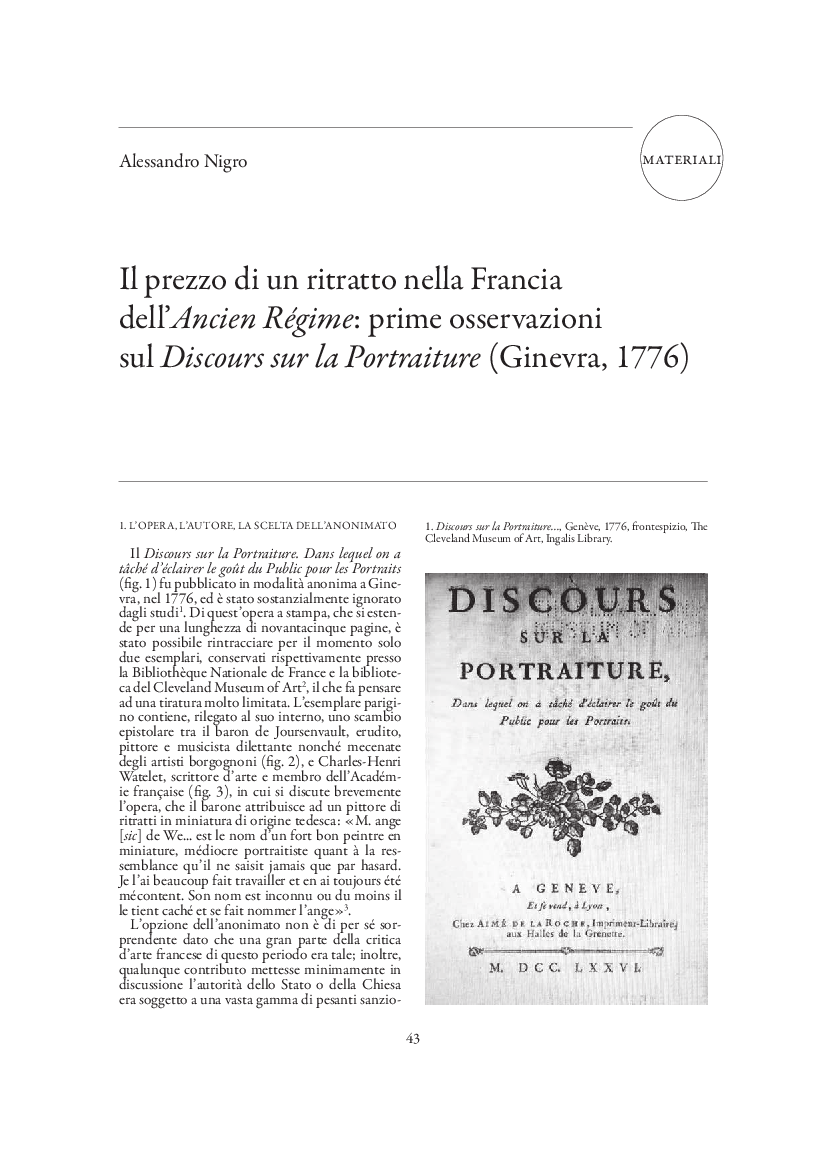