The year 1989 marked the end of an era. Historiographies and public discourse have often celebrated the Cold War's peaceful conclusion, the reform of the Soviet system, and the end of communism in Eastern Europe as the triumph of democracy over authoritarianism. However, thirty years later, 1989 is not the same. The peoples' revolutions, the autumn of nations, the authoritarian and imperial crisis of the USSR, the return of Eastern Europe to the West, and the acceleration of the Euro-Atlantic integration process reflected different values and narratives within each country. The same democratic principles that inspired the transformations of 1989 are now contested by populist and authoritarian relapses that threaten the common European project while making the memory of 1989 still divisive. 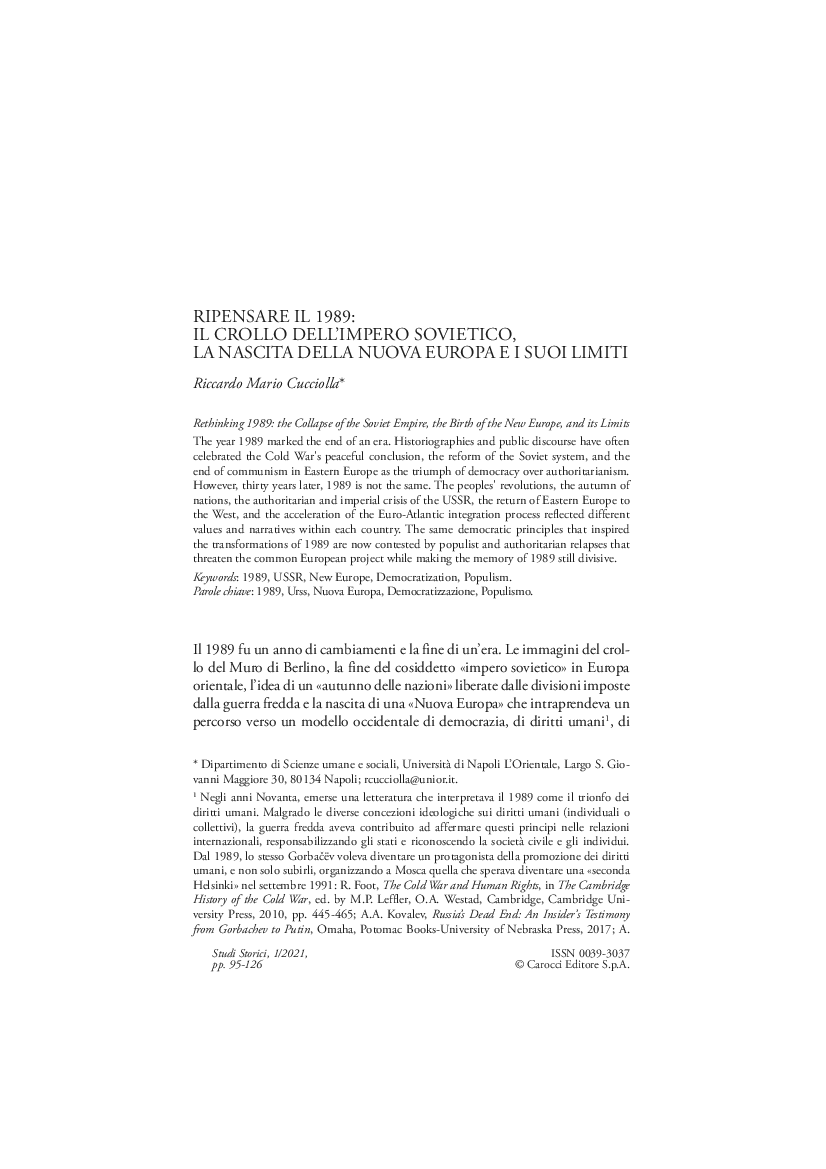