The upheavals of 1989 in the countries of Eastern Europe had significant repercussions within the Soviet Ukraine, situated on the border with States that were leaving communism. Once again Ukraine proved to be a “borderlandµ (this literal meaning of the place-name Ukrajina), a territory that had been a crossroads of peoples, cultures, languages, religions throughout its history. The analysis of this historical turning point is pivotal to understanding the dynamics that were to affect the Ukrainian State after independence. As the communist regimes of the neighboring countries collapsed, the complex “borderlandµ reality of Ukraine emerged, underscoring the contradictions of nationalist rhetoric, revealing the inability of the national leadership to face a completely new situation and prefiguring the scenarios that were to open up in the new, independent “Ukraineµ. 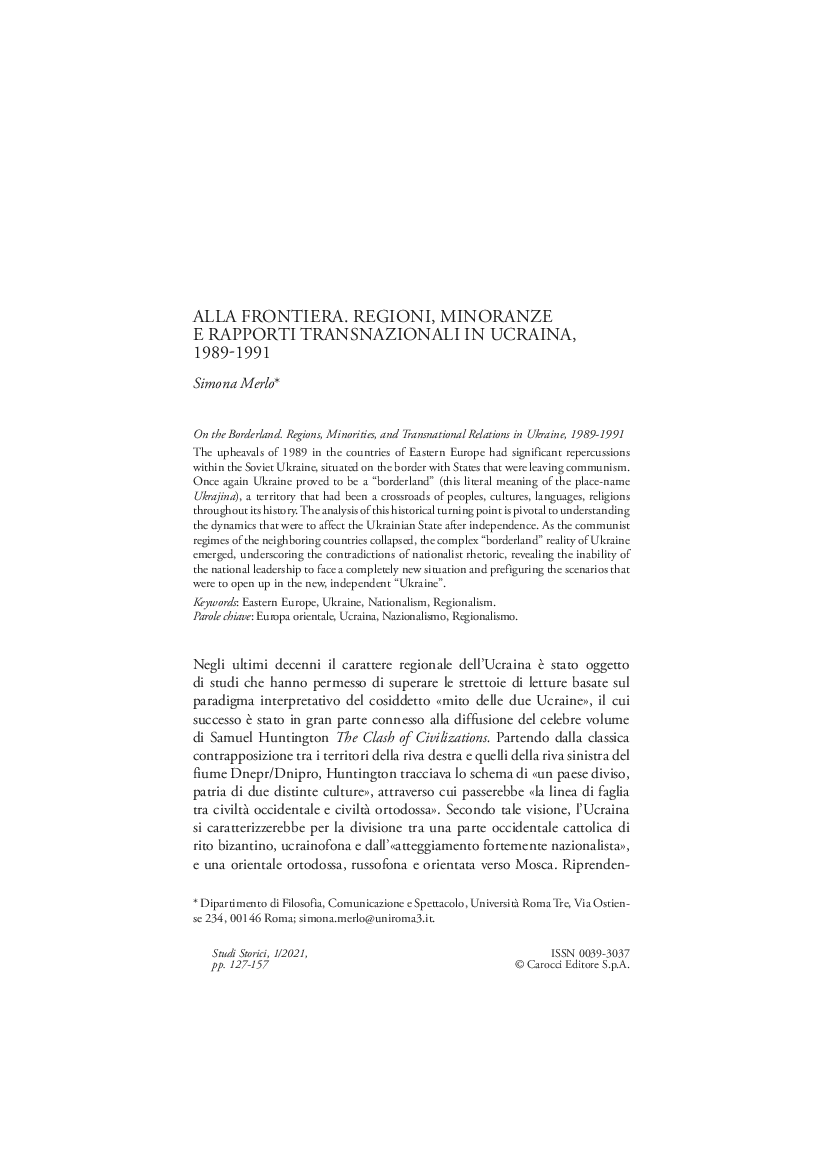