Starting from the volume of Santo Mazzarino Between East and West (published in 1948, new edition 1989), the essay takes its inspiration from the cultural identity of archaic Greece. Between the eighth and sixth centuries BC, Greek culture was founded, and with it the West. As for the internal division of the East, compared to that between a micro-Asian area and a Mesopotamian-Persian one, the division between a Mediterranean-influenced East (the «Levant») and a «deep», Mesopotamian and Iranian, East appears more appropriate. A common element in the Levant between the end of the Bronze Age and the rise of the Persian Empire, was the city-state; it was then the turn of the sixth century to characterize the Greek polis. Historicizing Greece and the West therefore requires a similar process for the East as well, and to this end Mazzarino’s studies still offer an important contribution. 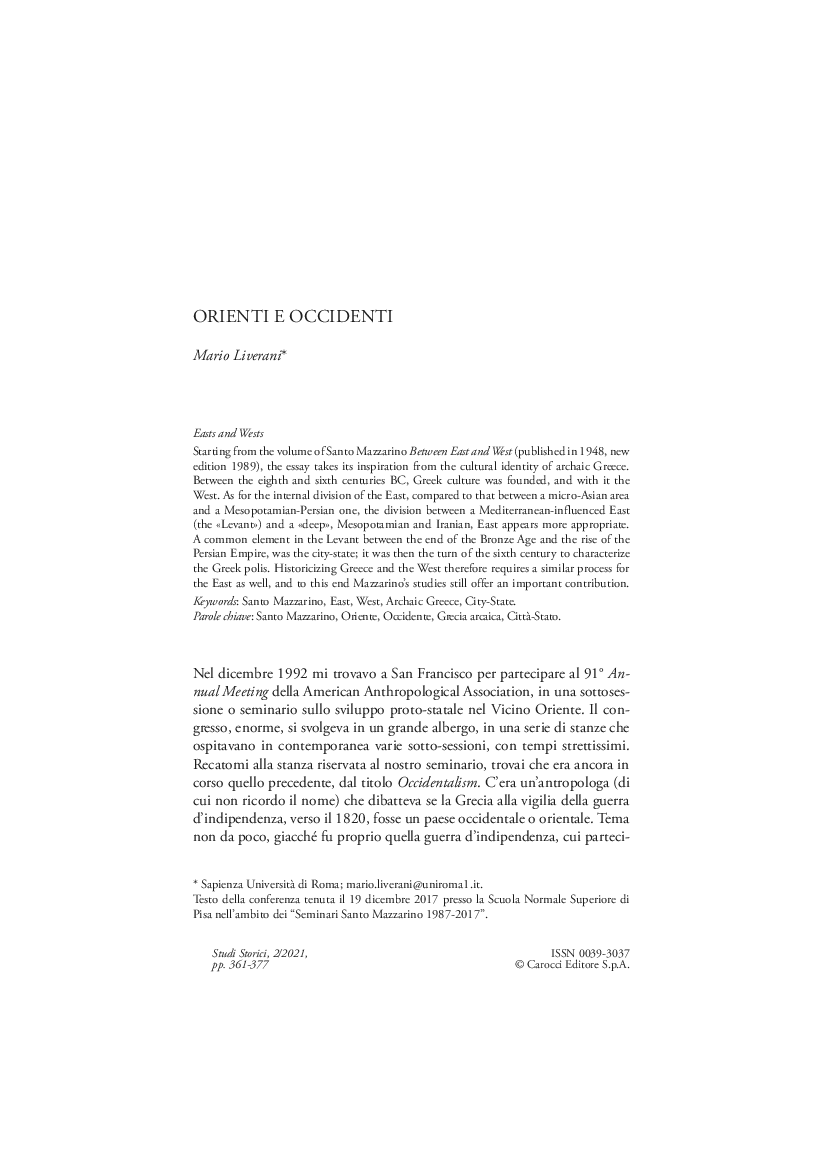