Starting in the year 1000 and approximately for the eight centuries thereafter, many things changed in Western Europe, especially in labour relationships: slavery, serfdom, the domestic system, and the wage system. Nonetheless, productivity and personal income did not improve. The contrast between this Malthusian picture and the productive explosion of the last two centuries is striking. It cannot be reconciled with the main interpretations of history: the Hicksian «rise of the market» or the Marxian «mercantile capitalism.» Understanding the new mode of production which through the British Industrial Revolution prevailed in Europe and worldwide requires a specific approach that starts from a clear distinction between the historical phases that preceded and followed 1800. Technical progress and capital accumulation gave the new system an extraordinary growth potential. At the same time, the system is inherently unstable, profoundly unequal, and its externalities exacerbate the environmental problem. This is the basic contradiction that threatens the system and its democratic forms. 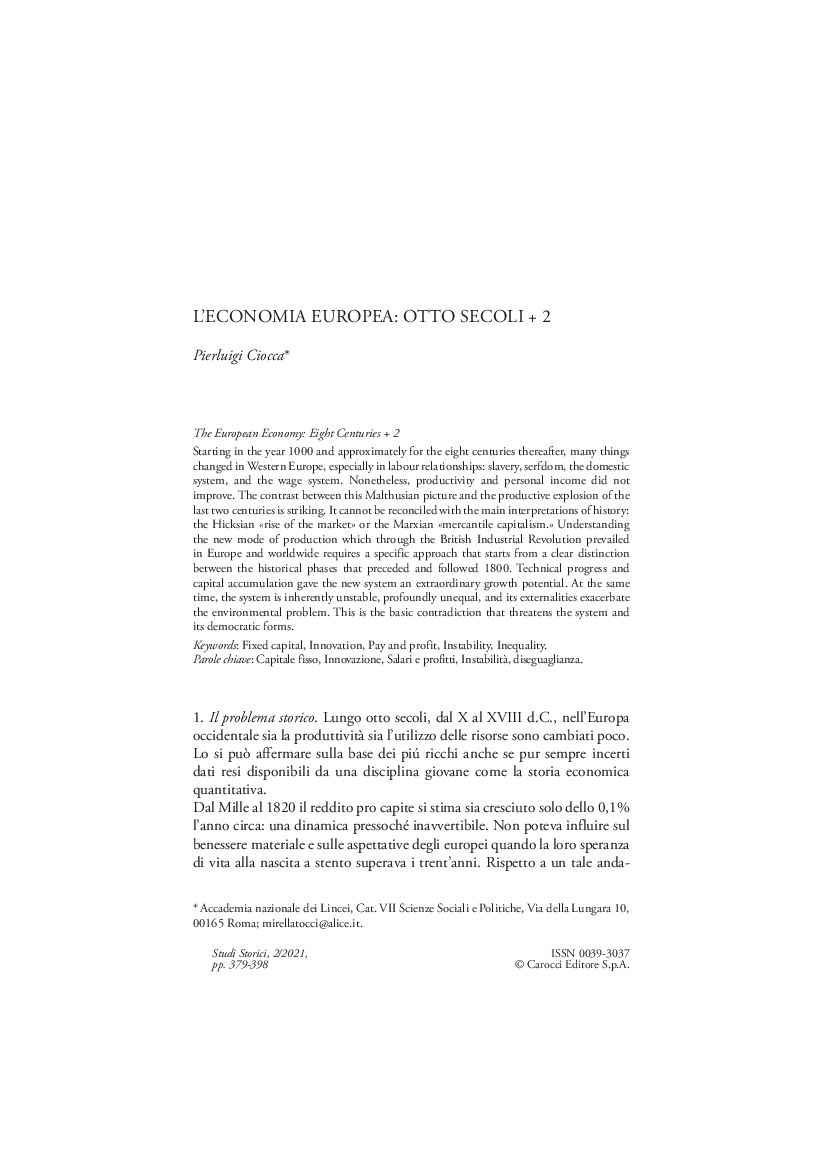