A typescript containing Emilio Sereni's autobiography, from his birth to April 1946, is preserved among his papers at the Gramsci Foundation in Rome. It was meant to be printed – and actually was, though in shorter form – in the Dirigenti comunisti series. The collection, scarcely known thus far, comprised the lives of 22 party executives, and was released during the June 1946 election campaign. This article contains the transcription of Sereni’s typescript. It also considers what Sereni had chosen to understate (e.g. his family’s Jewish origins and background), to omit (e.g. his early interest related in the Zionistic movement), and to emphasize (his devotion to Italy’s Southern question and related issues). It also shows the editorial interventions on Sereni’s text and their political and cultural background 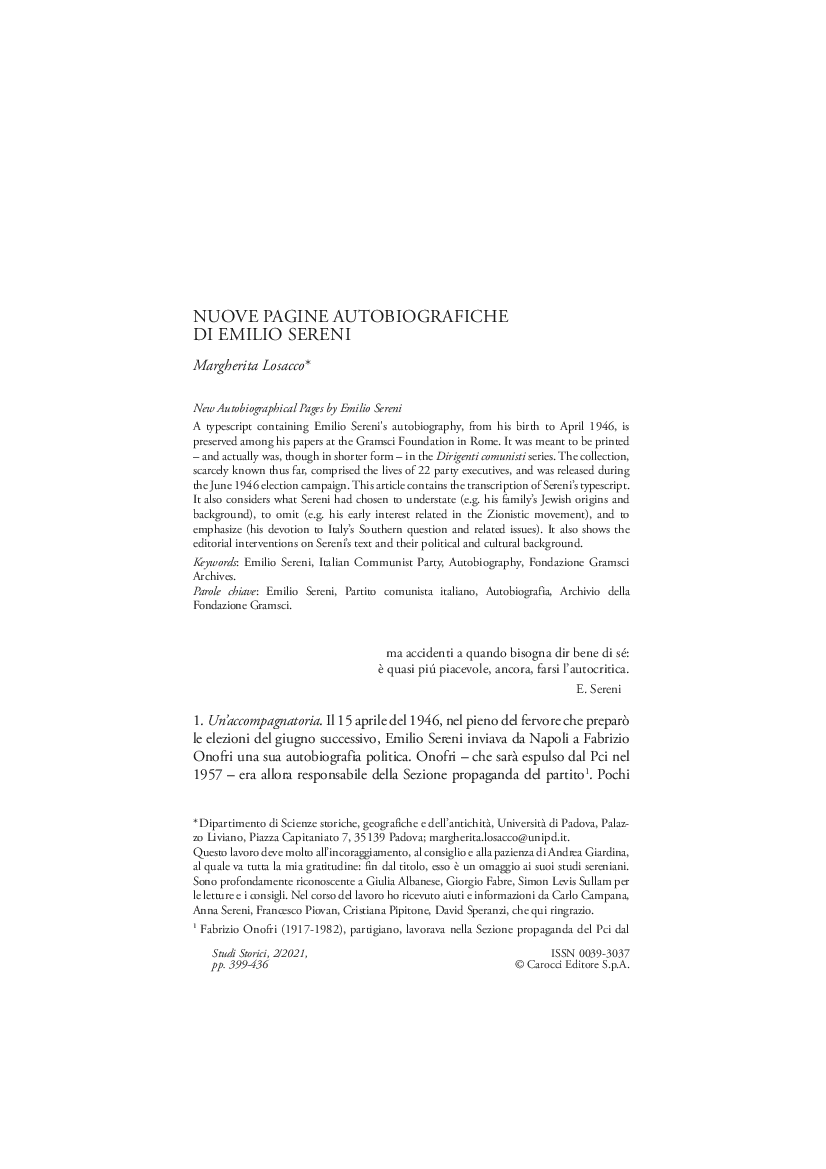