This article deals with Soviet repression, selfhood and revolutionary identity through the study of letters sent by the communist writer, journalist and activist Viktor Lvovitch Kibaltchitch, who published under the pseudonym of Victor Serge, from the end of the 1920’s until 1936, and especially those sent to France from Orenburg, where he has been deported in 1933. Considering the correspondences with the French writers Marcel Martinet, Henry Poulaille, and with Serge’s friends Jenny and Pierre Pascal, we intend to highlight the peculiarity of these letters, in which the revolutionary self, the writer’s condition and role are challenged. The author’s resilience to political repression rested on some fundamental aspects: friendships and the ability not only to write but to be read 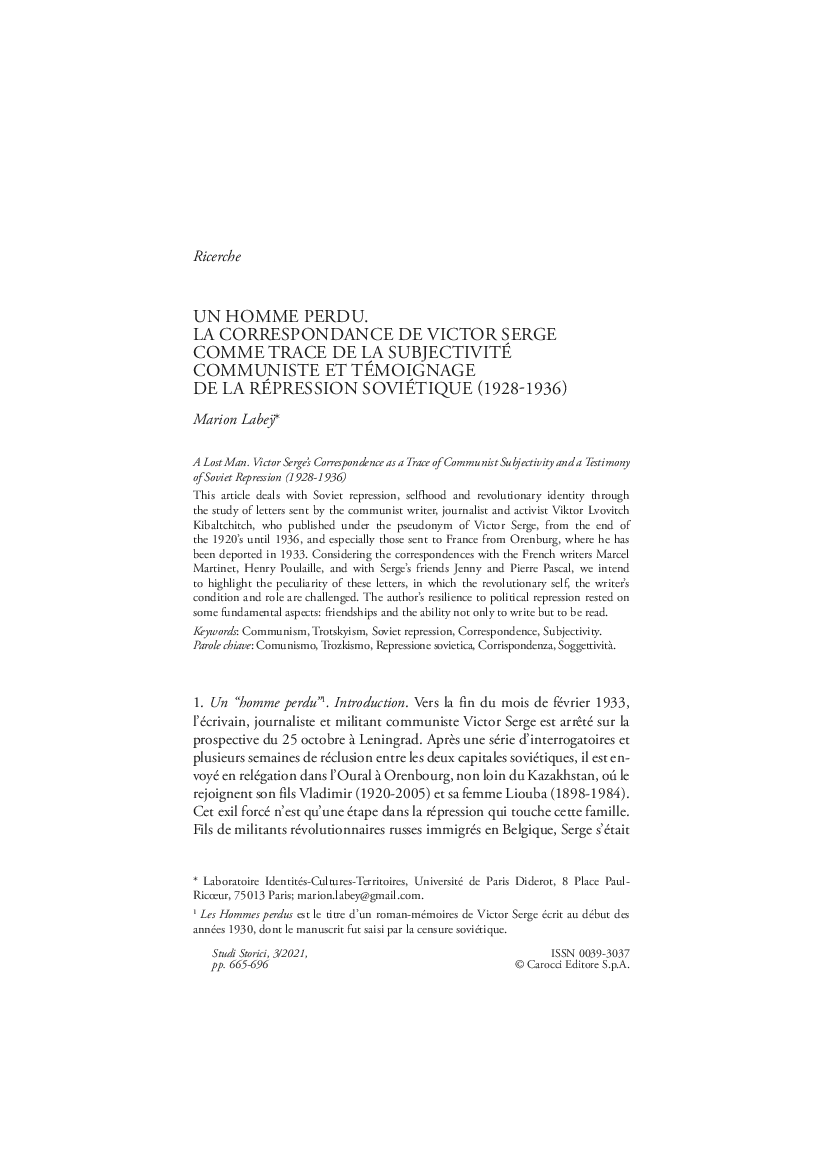