This essay deals with the complex relationships between the anti-fascist forces in Paris in 1936-37, in particular between the formation of the AOI (Africa Orientale Italiana, May 1936) and the publication of «La voce degli italiani» (July 1937), the newspaper of the UPI (Unione Popolare Italiana) founded in March 1937. Thanks also to unpublished documents, the confrontation between the various parties and movements is analysed. What emerges from the debate is both the desire to create a united front of anti-fascism, exacerbated by the outbreak of the Civil War in Spain, and the difficulty of elaborating a common programmatic platform upon which to build a solid political alliance, as evidenced by the negotiations on the newspaper of the UPI. 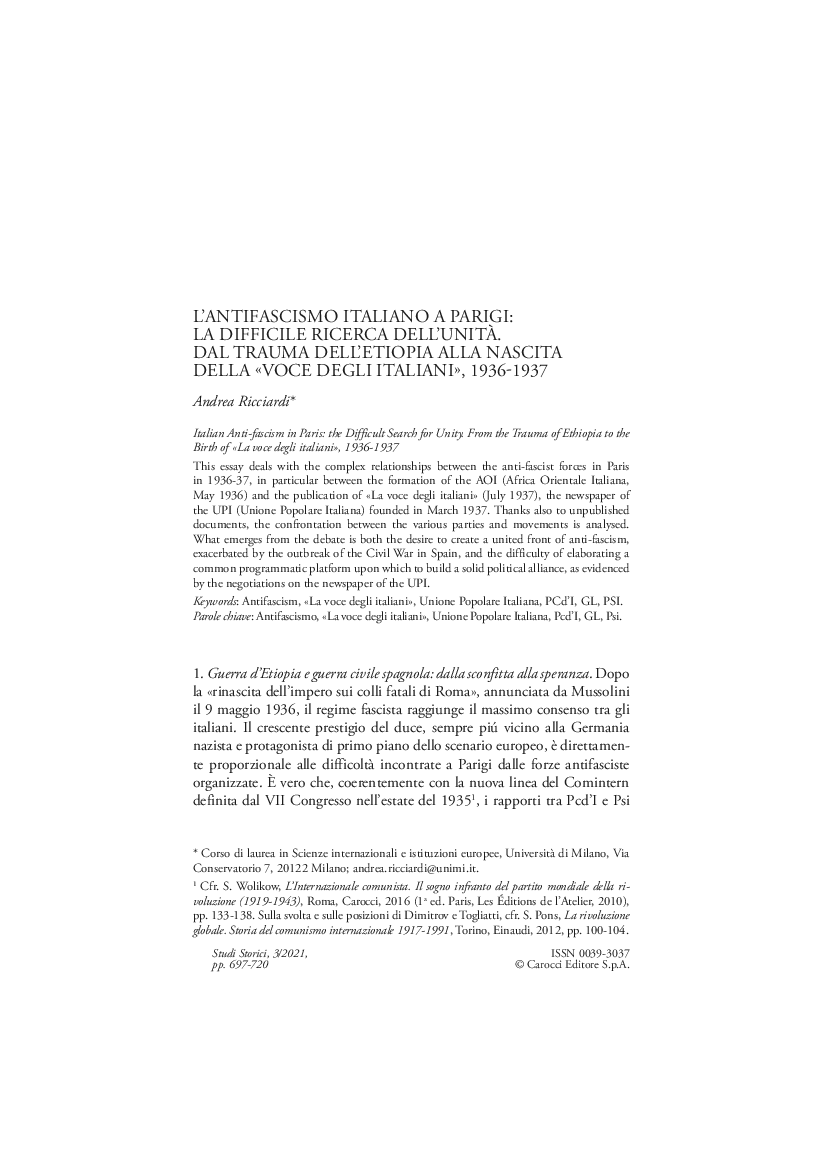