Shortly after the armistice of 8 September 1943, the Italian publisher Giulio Einaudi (1912-1999), like many other anti-Fascists, fled his country and took refuge in Switzerland, settling in Lausanne. During those same days, Ernesto Rossi (1897- 1967), a founder and leading member of the Action Party and European Federalist Movement, crossed the Italian-Swiss border and reached Lugano. The correspondence between them, while spanning little more than one year (October 1943 - March 1945), embraces a large variety of topics and issues: plans for publications, attitudes toward cultural work, and above all, ideas and hopes about the political organization of future Europe. It also sheds light on the project of a collection of essays on modern political thought, addressed to a European audience and significantly called «Éditions européennes». This ambitious and pioneering project was destined to fail due to the ideological contrasts between the azionista Rossi and the Communist Einaudi. 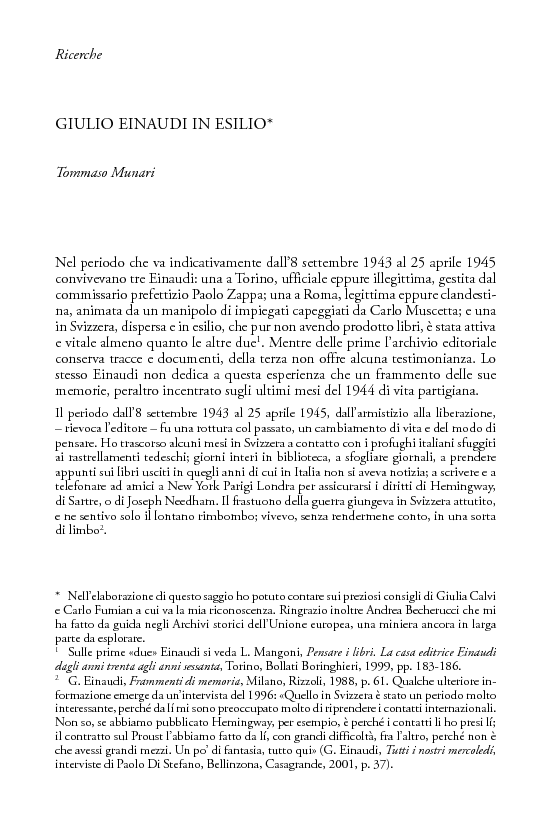