This essay examines specific conditions of the birth of a myth during the period of the Resistance, starting from an episode that took place in Turin, in which the central figure - and victim - was a young partisan, Dante Di Nanni. Starting from this event, as it has been handed down, the research proposes an analysis aimed at recovering original elements that, although already known at that time, were excluded from the immediate reconstruction, thereby helping to conserve an intact legendary vision that still remains vital. Through comparison between the historiography of past decades and the sources, contradictions are highlighted, raising questions that this essay attempts to answer by focusing on the myth, and the reasons for its construction. This type of approach is now very advanced as regards the First World War, but is still unusual for Resistance historiography; this is also because only with difficulty does Resistance mythology overcome the local context, unlike the establishing dimension of the Fatherland taken on by that related to Great War. 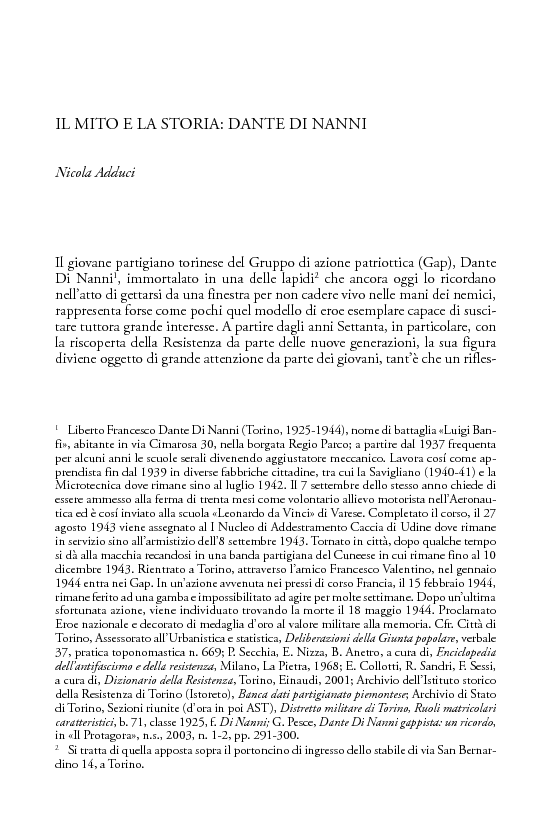