During the 1880s, the Higher School of Commerce of Venice (afterward known as Ca' Foscari University) was the scene of student riots driven by irredentist and republican demands. Following the hanging of Italian irredentist Guglielmo Oberdan on 20 December 1882, Venetian students met to protest against his execution by the Austrians, and voted to place a commemorative stone in his honour at the entrance to Ca' Foscari. Their initiative was harshly repressed by the School's director and liberal economist Francesco Ferrara. In mid-March 1885, a larger group of Ca' Foscari undergraduates expressed public solidarity with their Turin fellows, whose demonstration against the academic council's decision to forbid a memorial to the students fallen in 1821 had been broken up violently by the police. They interrupted classes, occupied classrooms and committed acts of vandalism. The academic body, in agreement with the government, responded to the situation by closing the School for a month, suspending three students and admonishing thirteen others. 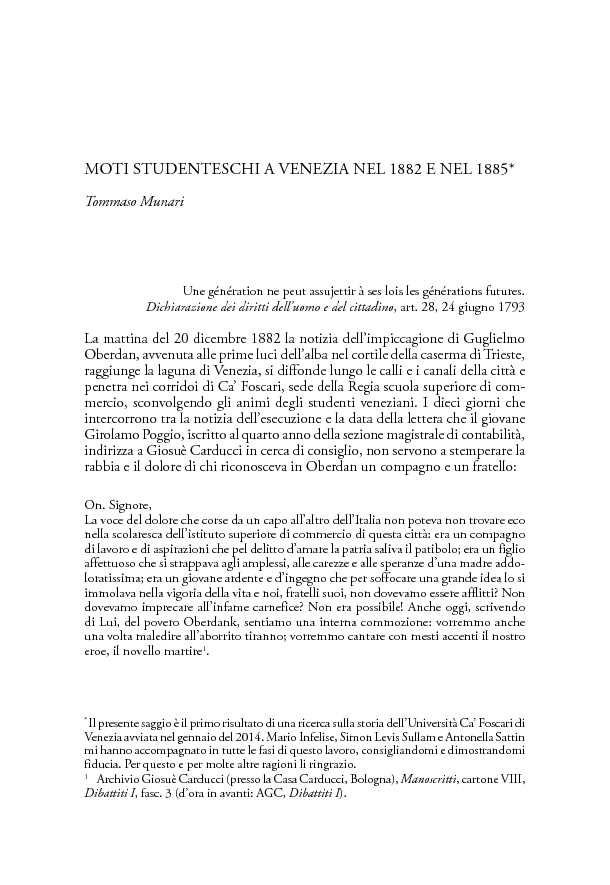