This essay analyzes a highly important book on Human Rights - the finest work in a field destined open enormous problems in international historiography. Ferrone crosses time and space, from antiquity to the Medieval Age, and the Christianization of Aristotelian thought at that time to create Thomistic natural law. In early modernity, the secularization of this proposal was strictly connected with science, philosophy, and a new international law created by Hobbes, van Groot, Pufendorf, and Noodt, but proposed for the future by the great mediator Jean Barbeyrac. In this way, the Rights of Man, which were to become Human Rights, are a secular creation of the Enlightenment, involving not only Locke, Montesquieu, Rousseau, Beccaria, Voltaire, and Diderot with his great enterprise, but the American and French Revolutions as well. They are still a great challenge for our future and for the possibility of inventing a humanity that is pacific, pluralistic, and dialogic, oriented by ethics and not by force alone. 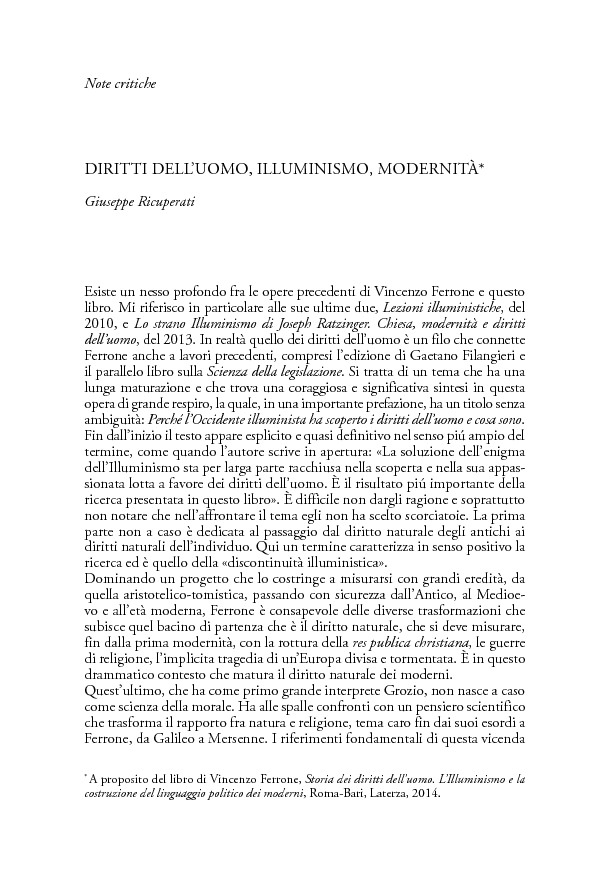