This essay reconstructs the economic penetration by the Genoese company Ansaldo into Poland in the years 1919-1921, as part of the expansion of Italian industrial capitalism into Eastern Europe after the First World War. Using mostly unpublished documents, the core themes of the Perrone brothers' plan have been identified and developed. The plan was intended to help overcome society's financial and industrial crisis, and to accelerate the process of vertical integration, postwar conversion, and, lastly, the technocratic and transnational program: in other words, the main objectives pursued by the Perrone family in those years. The clash with Banca Commerciale Italiana; relations with Poland's industrial and financial bourgeoisie of local and Jewish origin; the diplomatic and political framework of the Paris Conference; the Orlando, Nitti and Giolitti governments' economic policy in Eastern Europe; the structure of the company's representation; and the role of the major European industrial groups constitute the essay's reference grid. Although modest, the results of the Perrone plan in Poland permit a more comprehensive analysis of the decline of the two Genoese entrepreneurs. 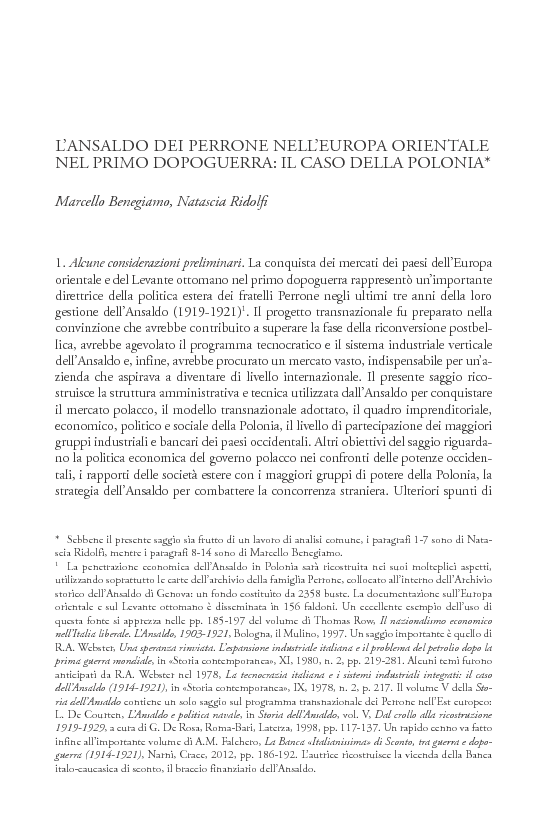