October 31 1926 is an important date in Antonio Gramsci's biography. On that day, he was travelling from Rome to Milan, expecting to proceed to Genoa, in order to attend an illegal meeting of the Comitato centrale of the Italian Communist Party, and then to leave Italy illegally. Gramsci's journey, however, was interrupted by its coinciding unexpectedly with the attempt on Mussolini's life that took place in Bologna that very same day, followed by serious violence perpetrated by Fascist groups against opponents of the regime throughout Italy. In that setting, Gramsci, soon after arriving in Milan, travelled back to Rome. A week later, on 8 November, this series of events ended with his arrest. This article offers a reconstruction of that journey and of the circumstances that led Gramsci to return from Milan to Rome. The reconstruction is based on documents and testimony, some already known, and others not considered in the literature. 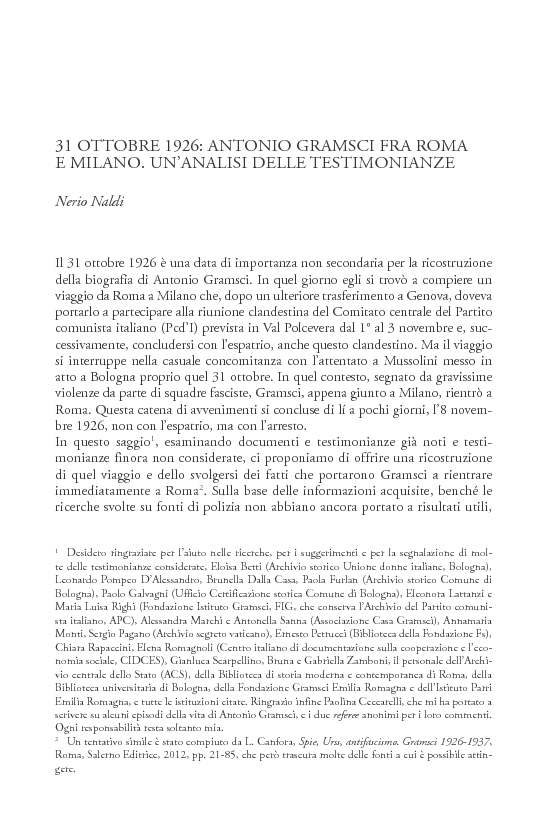