This article examines Father Gioacchino Ventura's activity as a journalist. In 1821, Ventura founded a periodic journal in Naples titled "Enciclopedia Ecclesiastica", aimed at disseminating the ideas of conservative Catholicism as they were circulating in the early nineteenth century. Ventura's articles, largely influenced by Lamennais, strongly contested democratic and liberal tenets - such as the doctrine of toleration and the values of the Protestant Reformation - as well as the tendency of the Restoration governments to adopt the juridical and institutional innovations of the Napoleonic era. The journal also quoted long excerpts from the works of several reactionary thinkers (Bonald, Haller, de Maistre, Lamennais), thus helping spread their ideas. The importance of Ventura's journal, therefore, also resides in its being a sort of anthology of the conservative Catholic and anti-Rousseau thought of the early nineteenth century. 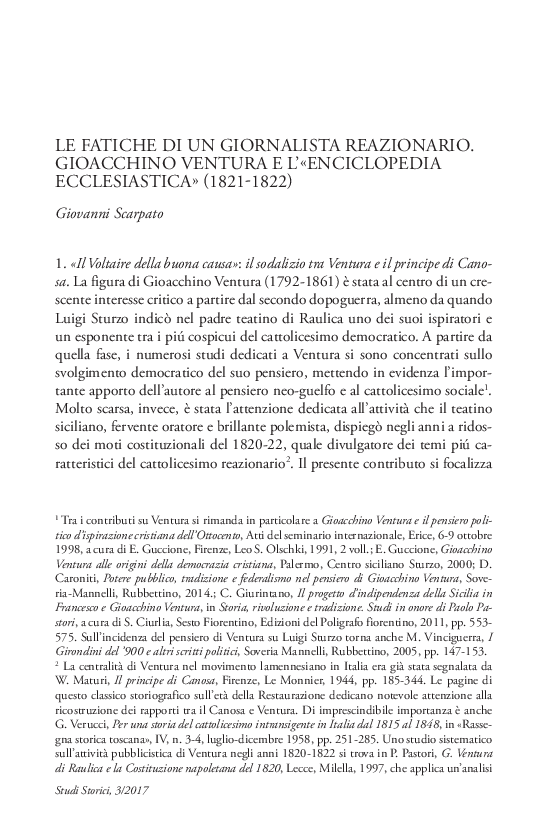