Starting in 1077, Benevento, the only city in Southern Italy not conquered by the Normans, came under the authority of the Church, and after that time took on the political and institutional features that were defined through with the Statutes of 1203 - an atypical case in Southern cities. Working alongside the rector - who was always an outsider and appointed by the Pope himself starting in the early twelfth century - were several magistracies held, instead, by local elements, mainly judges. Often descendants of ancient families, the judges were organized in a corporate group, which during the main centuries of the Middle Ages showed a marked degree of professionalization, connected with a thorough knowledge of Lombard, Roman and Canon law. This knowledge can probably be explained by the existence of a professional law school located inside the "Sacrum Palatium" - formerly home to the Lombard princes and later the rector's residence and the city courthouse - where these disciplines were studied. It has been supposed that the jurists from Benevento might have received their initial education there, before becoming renowned teachers at many Italian universities - such as, for example, Roffredo Epifanio, who perhaps returned there to teach during his final years. 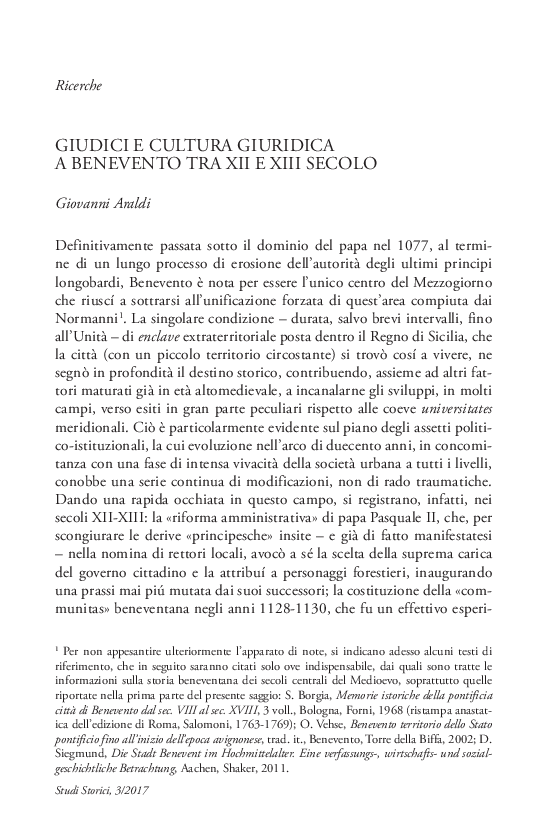