Analyzed through the lens of the political and juridical culture, all of Europe at the turn of the twentieth century appeared to share a common dread over an unavoidable crisis of the Liberal State. The widespread perception of decline and fall, as variously interpreted in the different national environments, often produced proposals for a corporatist rethinking of the political representation system, which had to be transformed from an atomistic/individualist typology to becoming a functional one based on the representation of organized socioeconomic interests. Within this trans-national network of corporatist ideas, the article focuses on the Anglo-Spanish intellectual and politician Ramiro de Maeztu, investigating his path towards a full embrace of corporatist principles. The central thesis of this paper is that de Maeztu found the principles and theoretical tools to fully structure his thought during his stay in London, between 1905 and 1919, especially in connection with an informal intellectual group, the «New Age Circle», whose members had since 1907 been gathering around the figure of Alfred R. Orage, and which was already developing corporatist solutions. 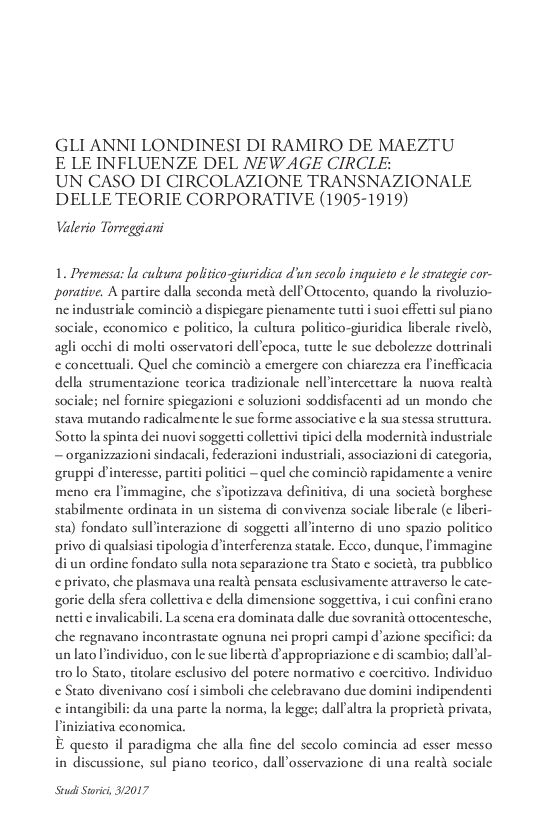