The debates that developed in Italy before and after the Great War, from the «Red Week» through the autumn-winter of 1914, represented a significant turning point in the choices for the Republican Party and its Democratic groups, as the question to be solved was not only about Italy's intervention in the European conflict. In fact, once neutrality was declared, new scenarios opened for Italian Republicans, with regard to the second tier-role that the Unification of Italy had reserved for them, and support for the «Latin Sister» became an opportunity to be best exploited in order to complete a project that had already got underway during the Risorgimento. This essay aims to reconstruct the complexity of the phenomenon of Italian volunteering in France in all its forms at the dawn of the First World War, as well as the encounter/battle between the Garibaldini and Italian Republicans, through archival documentation still in part unpublished, analysis of bibliographical sources from the democratic side, and the newest contributions to historiography. 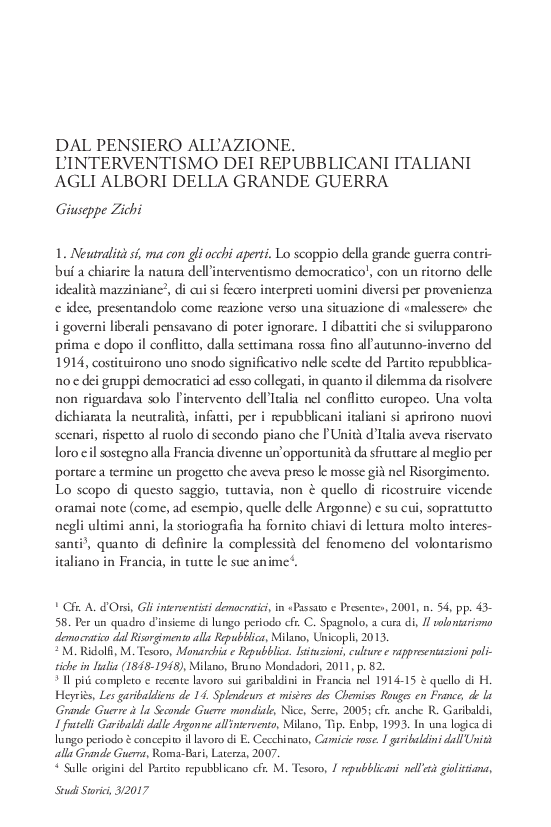