The International Committee of Historical Sciences (Ichs) awarded its 2016 International Prize for History to the Hungarian historian Gábor Klaniczay. The award was delivered during the General Assembly of the Ichs in Moscow in September, 2017. Gábor Klaniczay is professor of Medieval Studies at the Central European University (Budapest) and a specialist in the religious history of Late Medieval and early modern Hungary and Europe. Making use of historical anthropology, he has carried out fundamental research on the history of heresies, holiness (with particular regard to female holiness and the phenomenon of stigmata), magic, and witchcraft. He has examined the relationship between the Middle Ages and the creation of national myths, up to contemporary history. Founder of various institutions and the coordinator of many international research projects, he has played a fundamental role in promoting dialogue between the great historiographical tradition of his own country and those of other nations and schools. 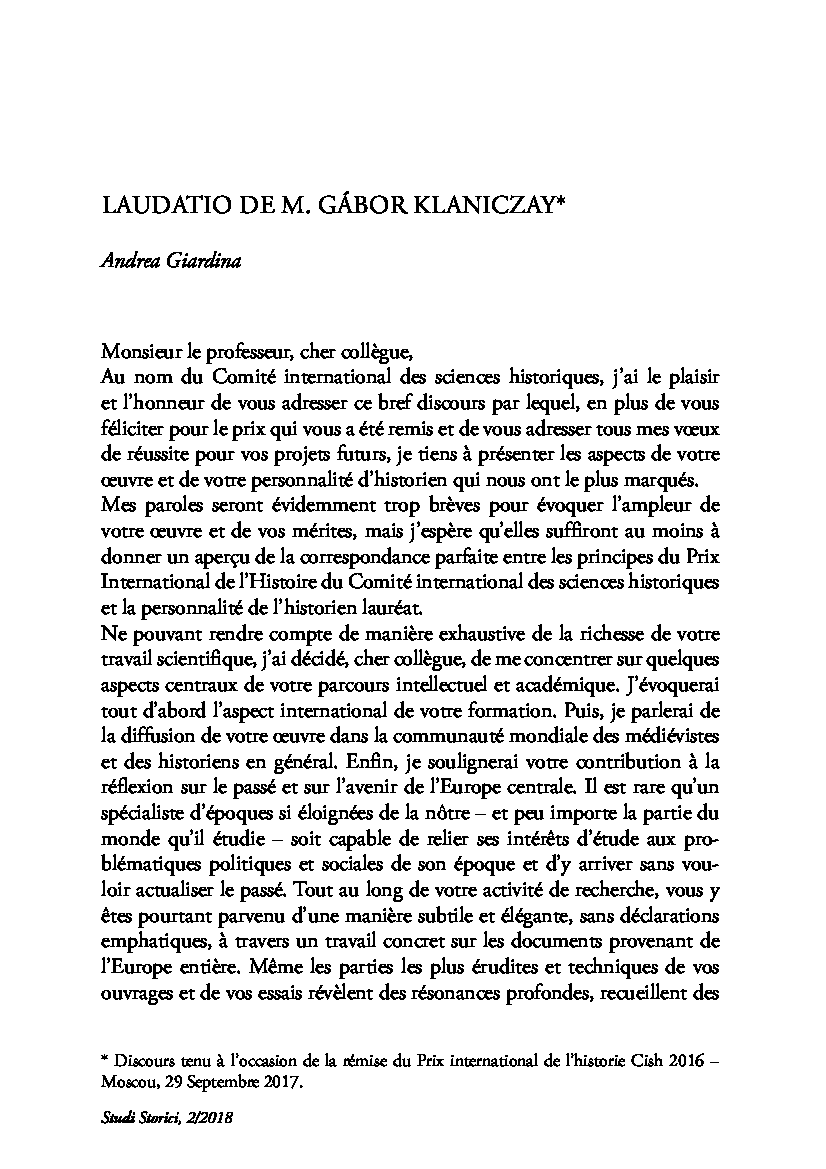