The paper discusses how the extraordinary miracle of Francis of Assisi - the stigmatization - led to the formation of a specific tradition of somatic religiosity in subsequent centuries. This type of bodily communication with the supernatural became popular foremost among women mystics. After a few Beguines and Cistercian nuns it was above all the Dominicans, the principal rivals of the Franciscans, who promoted stigmatic saints belonging to their order, Catherine of Siena being the most prominent. Parallel to this, towards the end of the Middle Ages, there also evolved another type of miraculous bodily transformation: the «mystical pregnancy» manifested by Bridget of Sweden. While stigmatization was a kind of "imitatio Christi", the experiencing of the pains of Christ's Passion, mystical pregnancy was "imitatio Mariae", the emulation of the motherly union with the Savior yet to be born. Both reveal the powerful role bodily signs played in Christianity; in the conclusions, the paper proposes a brief evaluation of this phenomenon's long evolution. 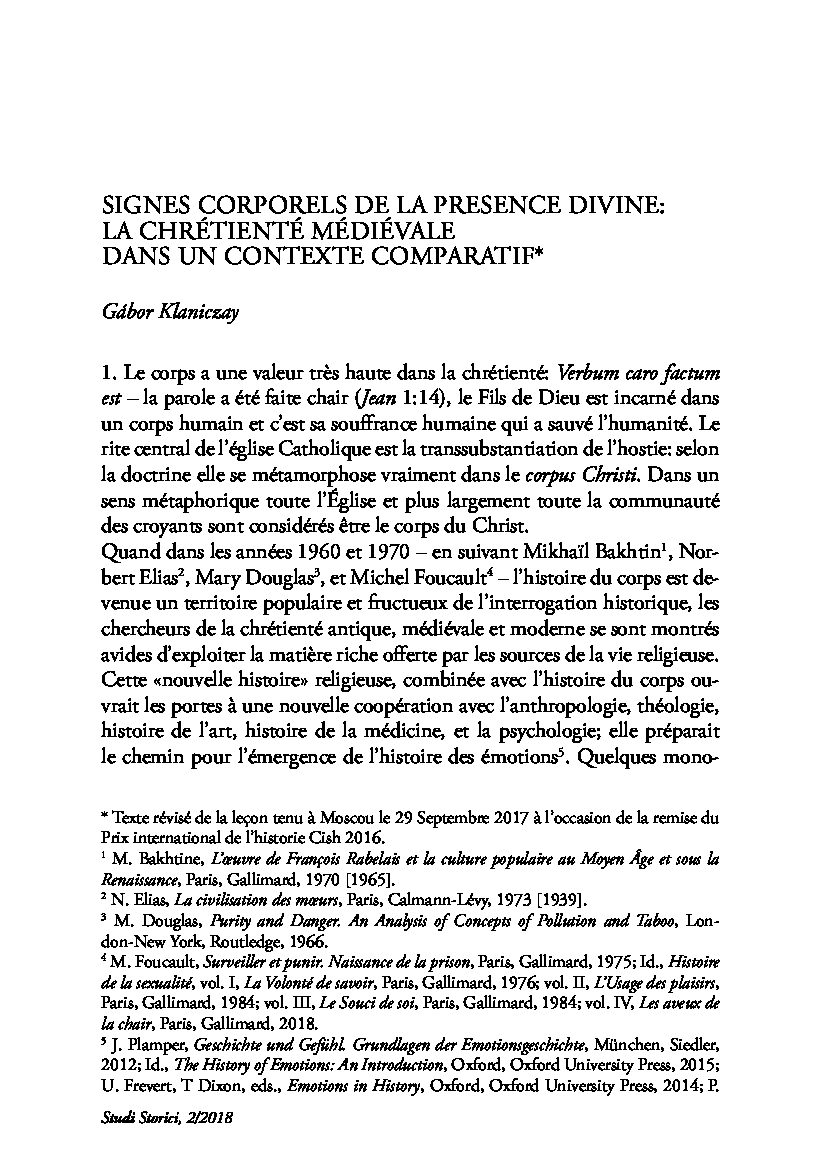