The essay compares the politics proposals of reformism, predominantly socialist, with those of corporatism, mainly fascist, between the beginning of the twentieth century and the outbreak of World War 2. The privileged field of observation is Italy, with some comparative references to the European sphere (Germany, France, England). Both political and cultural areas were critical of the nineteenth-century liberal politics. They elaborated proposals referring to two areas: the first is the modification of the institutional framework through the recognition of intermediate bodies, of professional representation, and the regulation of collective bargaining; the second is the commitment of the State in tackling the «social question» and the relative problems: unemployment, urbanism, migrations. The essay highlights the clear divergence between authoritarian and pluralist solutions, together with elements of affinity and partial overlap that could act as a handle to the fascist search for consensus. 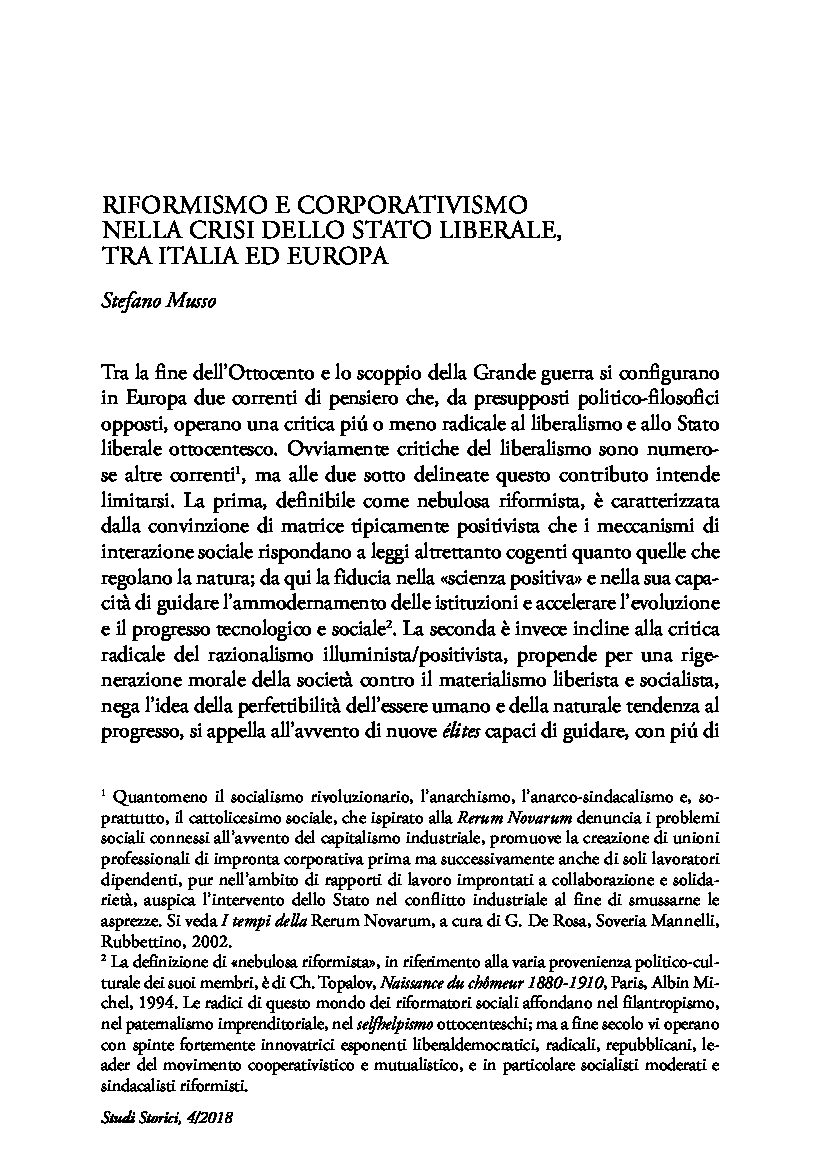