Recent historical, juridical and political studies have reinterpreted the corporatist projects and experiences of the interwar era, outlining the image of a «wave» that spread in different countries to provide a new authoritarian framework for the institutional relationships between economy, society and state. Characterized by different methodological approaches, these studies focus in part on national spaces, and in part on a comparative / transnational dimension. In most cases, however, their chronological horizon did not go beyond the beginning of the Second World War, clearly acknowledging the fact that the «corporatist wave» ended with the end of the Fascist regime that, while not generating it, had been its distinguishing feature. This article extends the chronological focus to the 1940s and in particular to the immediate post-war period, bearing elements of reflection on the heritage of the European corporatist laboratory of the 1930s. The aim is to highlight, on the one hand, the abandonment of any explicit aspiration to transform the social and political order into a corporatist system, and on the other, some legacies of the institutional policies implemented in the previous period. 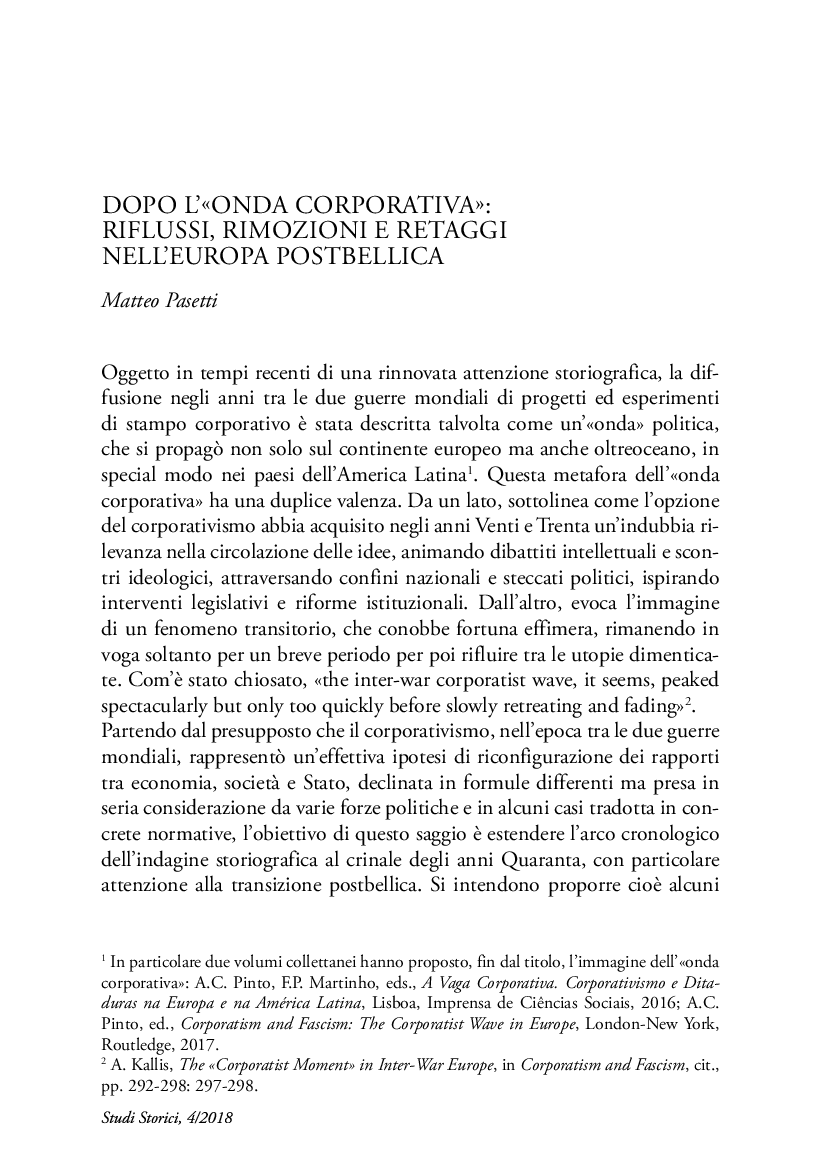