This essay aims to present an editorial work currently nearing completion: the edition of the fourteenth-century registers of the "Venetian Senate. Promoted by Istituto Veneto di Scienze, Lettere ed Arti", this project provides scholars with a valuable vademecum of dates, names and geographical locations clearly depicting the Serenissima's projection into the Mediterranean, Italy and Europe during that century. After its establishment around the first half of the thirteenth century, during the century that followed the Senate became the institution upon which the main political, economic and financial issues of the Venetian state depended. A careful reading of its deliberations (the so-called partes), in fact, can open new research opportunities for scholars, from economic history to political languages, and from documentary practices to the role of the notaries of the Venetian chancellery. One of the most interesting aspects of this project is that not only will Venetian historiography benefit from the large quantity and quality of information contained in these 24 volumes, but so will research on the history of late Medieval Italy. 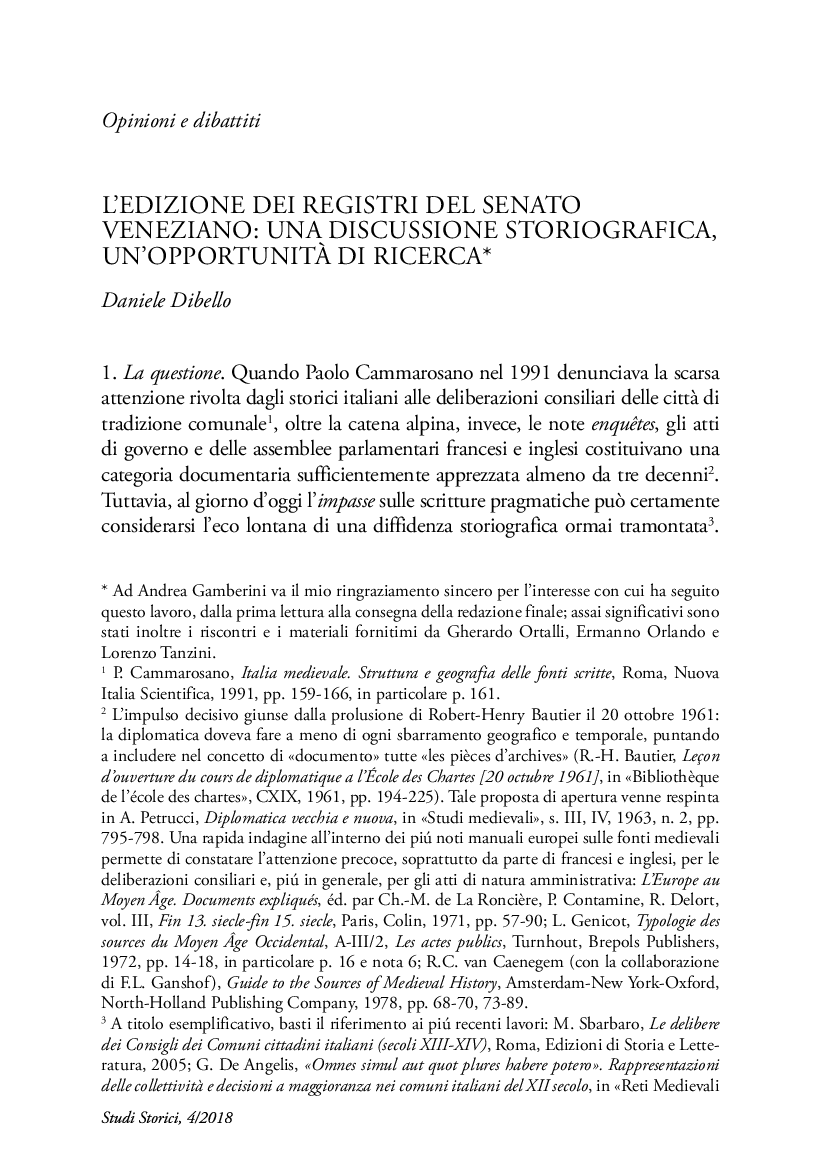