The beginnings of Innocenzo Cervelli’s activity as publicist were characterized by the interweaving of the first research essays and some writings that appeared in two periodicals, “Belfagorµ and “L’Astrolabioµ. The articles for “L’Astrolabioµ, released in 1968, bear witness to his ethical and political commitment. Cervelli focused on the international phenomenon of the student movement, highlighting its protagonists (Mario Savio) and analyzing texts and authors then among the most cited by students (Malcolm X, Herbert Marcuse, Frantz Fanon, Rudi Dutschke, etc.). Rigorous in information, Cervelli gave expression not only to precise political convictions, but also to a conception of the historian’s duty to provide readers with accurate factual and bibliographical references. The collaboration at “Belfagorµ was different in character. Here, alongside reviews of books of memoirs and testimonies of early twentieth-century authors (Giorgio Levi Della Vida, Augusto Monti), he published close readings of essays by Delio Cantimori, Lucien Febvre, Gioacchino Volpe, Enzo Collotti. These are writings that show the widening of his historical horizon towards themes to which he was to devote first-hand research. 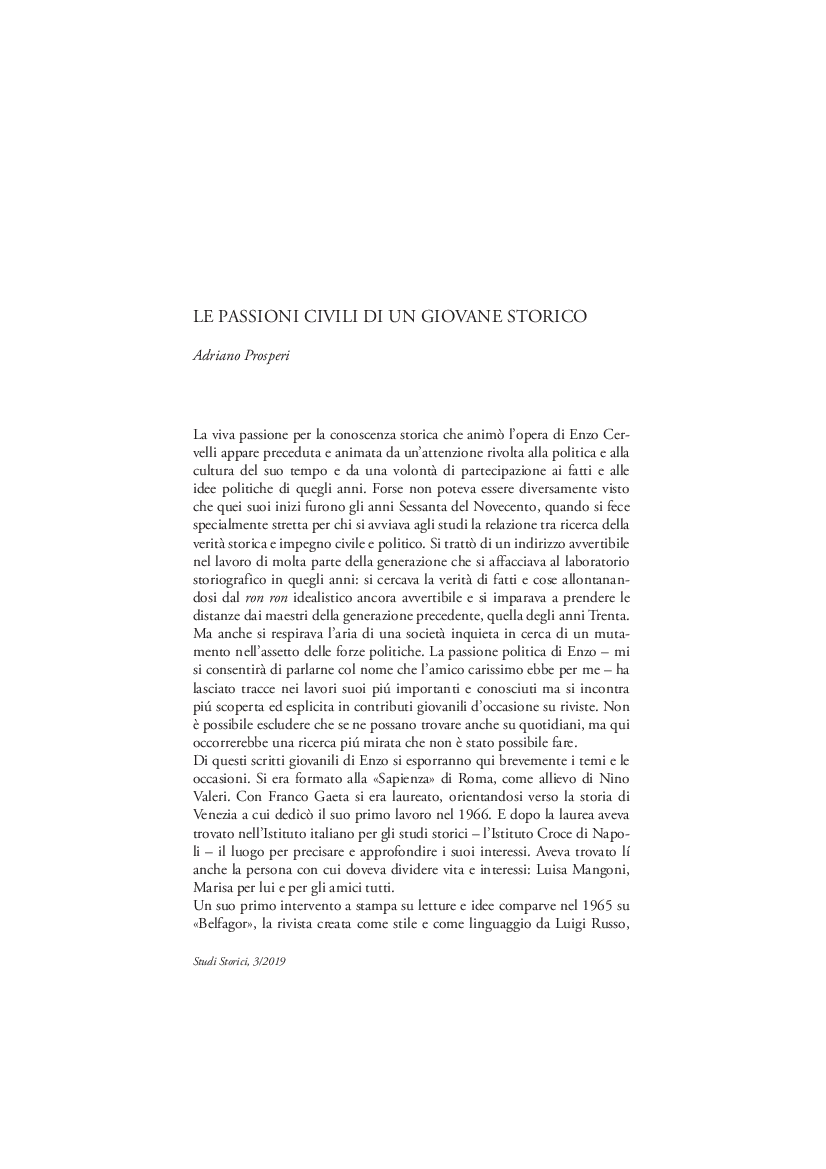