For Cervelli, his Venetian years were rich not only as a teacher and scholar of great standing, but also for his management and planning commitment, with particular and varied experiences. We thus recall his role in the debate on the creation of degree courses in history, ready to debate the strict ministerial parameters. He played a decisive part in that course in Venice, which he defended from repeated bureaucratic interference. He served on the University’s Board of Directors. He contributed to the organization of the «Political and Administrative Conference» of the Faculty of Letters, which remains with few comparisons. He did not escape politics, collaborating on projects summarized later with the formula «Ideas for Venice», which laid the groundwork for Massimo Cacciari’s action as mayor. He played a role in the debate on programs for the election to the Ca ’Foscari rectorate. This concrete action did not hinder his continuous work as a scholar and retracing the experiences particular to his Venetian years means drawing a complete picture his high standing. 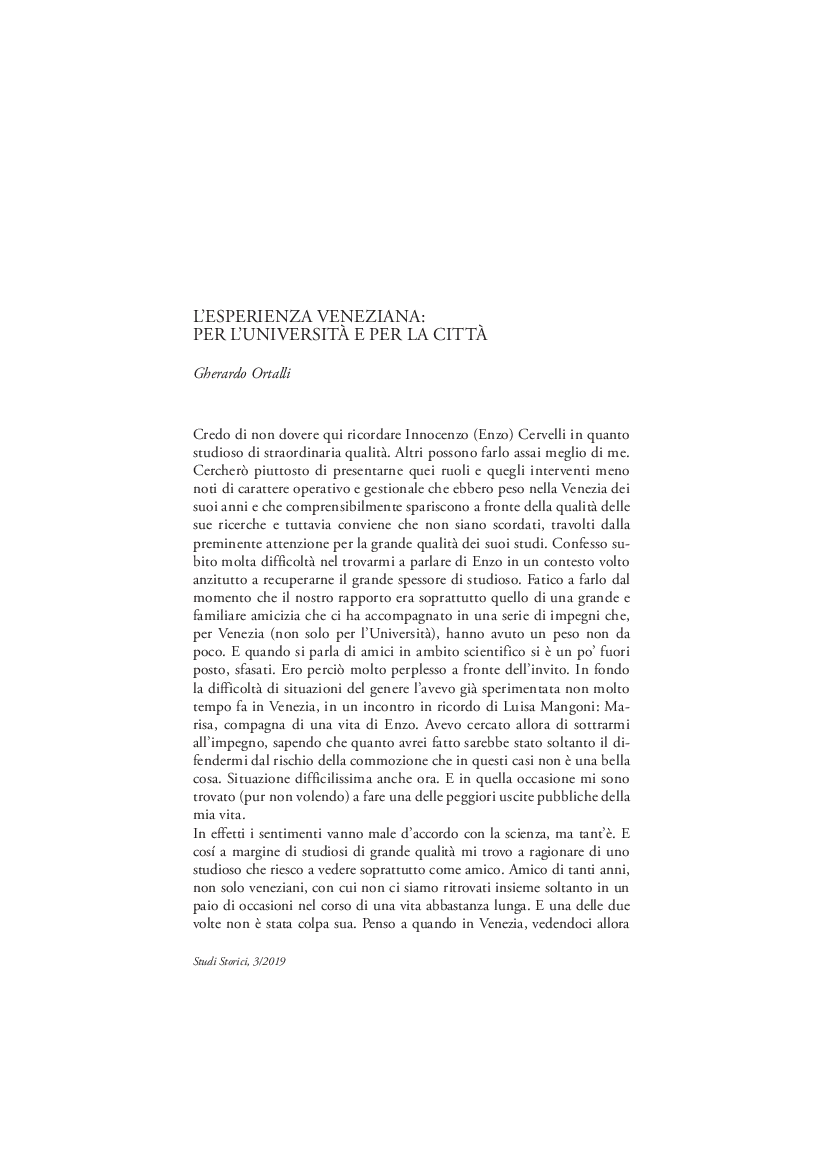