In 1974, Innocenzo Cervelli published his first book in Naples, dedicated to the crisis that devastated Venice and its mainland dominions in the early sixteenth century. Into his reconstruction of the lagoon’s political and intellectual environment, the young scholar chose to integrate an analysis of all the relevant Machiavellian texts: not only the major works that explicitly address the great constitutional problem that the Serenissima represents in the eyes of contemporaries – and Florentines in particular – but also the professional writings that reveal the keen eye of the ambassador Machiavelli. Cervelli, who, like others, wondered in the 1960s about the problem of the modern state, critically took on the original point of view of the Florentine secretary, who observed, for example, the reaction that developed in the cities and communities subject to Venice in the months following the defeat at Agnadello. The fundamental theme was no longer the classic one of the stability of Venice, but rather that of the Venetian State and the conceptual challenge that the very existence of Venice as a state had posed to Machiavelli – that is, the «miracle» of an imperio obtained without its own weapons, and that holds up to the impact of defeat. The «republican» nature of the city’s constitution was not, therefore, at issue, but the complex and precocious «state» form of the land’s dominion, where the plurality of the players had been able to generate unexpected dynamics immediately after Agnadello, which Machiavelli grasped more lucidly than other figures. 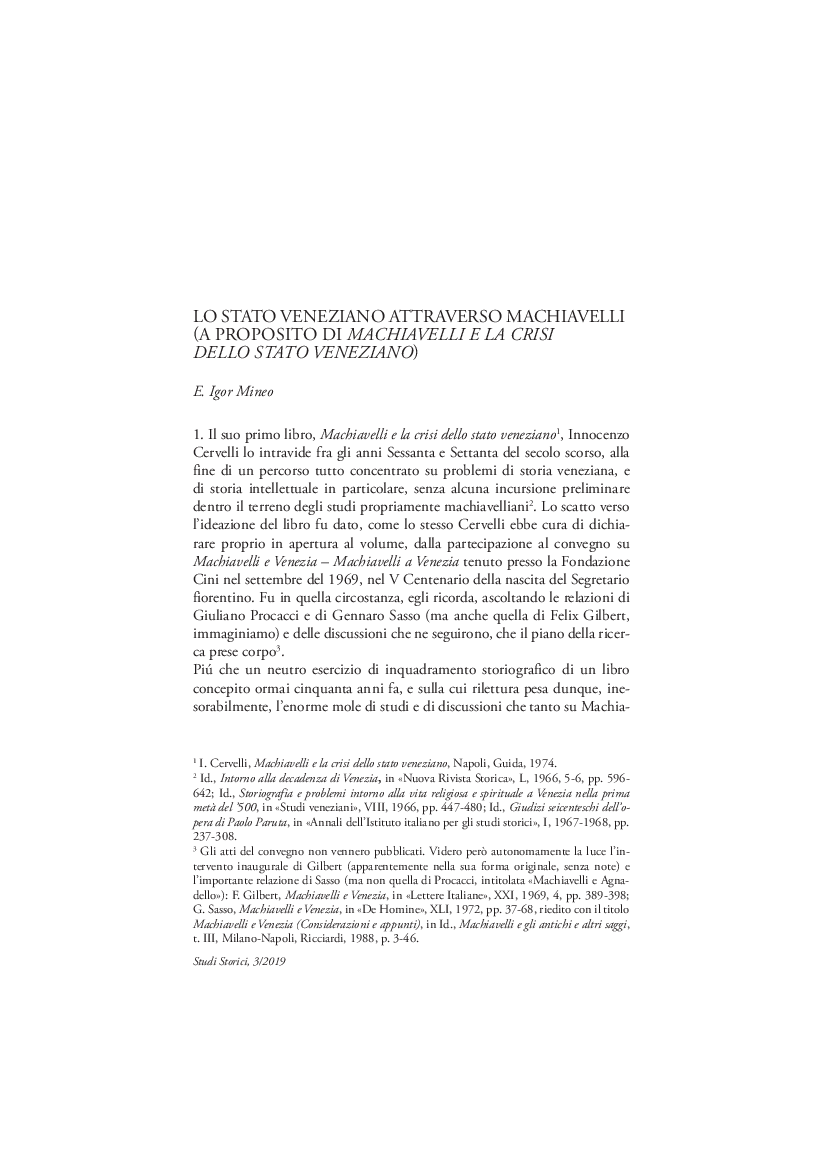