The essay reconstructs the meaning of the research that, from the late 1980s onwards, Innocenzo Cervelli dedicated to the ancient world, to classical historiography and to the prophetic tradition. In this phase, Cervelli took up some research ideas suggested by Arnaldo Momigliano, confronting that great historian of antiquity through a series of investigations culminating in the monograph dedicated to the sibyls (2002). Cervelli analyzed the texts of Flavio Giuseppe and the Church Fathers, those of the scholastic theologians and the humanists of the 15th century, the history of hermeticism and the iconographic representation of the sibyls. Reflection on the apocalyptic writings of Ernesto de Martino and those of Benjamin, Scholem, E. Bloch, Walzer, Yerushalmi and Assmann, was also important. The theme of prophecy also inspired some essays that Cervelli dedicated to Savonarola, Machiavelli and Bodin through the history of the theory of succession of empires. Lastly, he reflected on the religious and political legitimacy of war starting from the ancient world, criticizing the abuse of history to justify the military aggressions of our time. 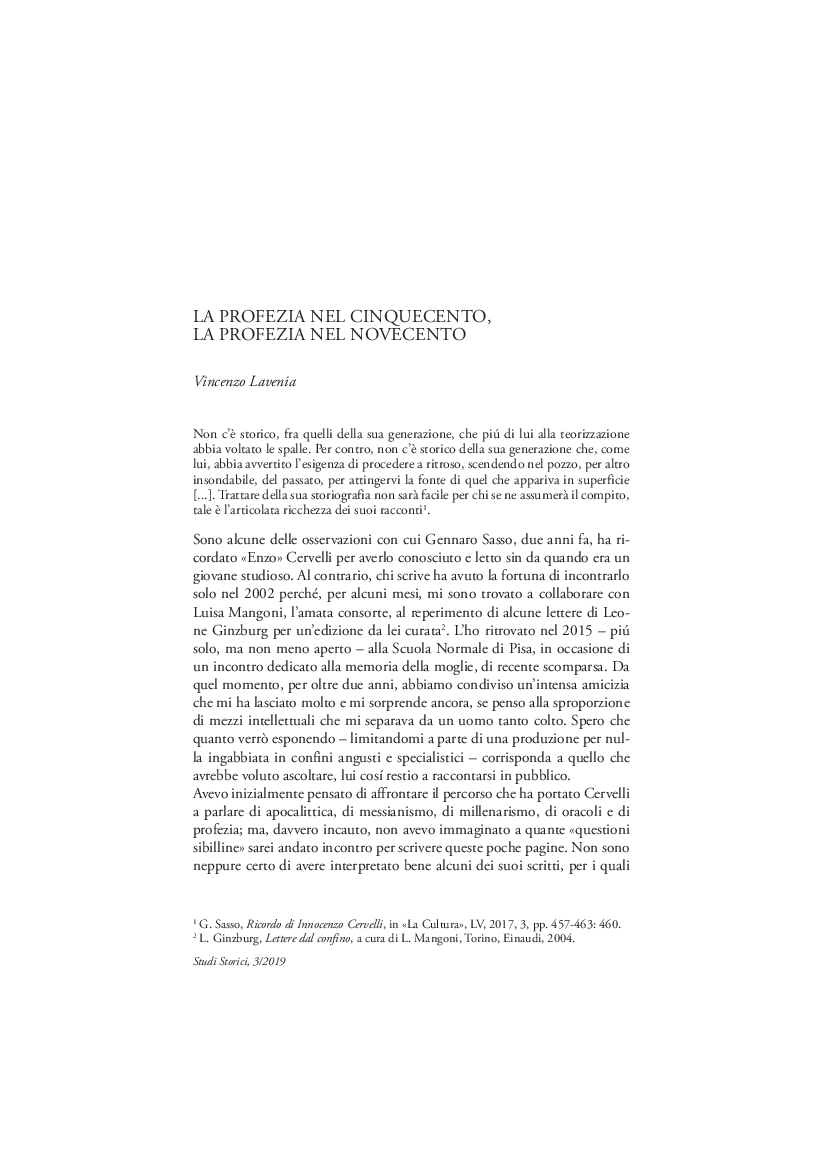