The study of German history is one of the most important fields of the multifaceted research profile of Enzo Cervelli, who published a series of extended essays and two relevant monographs, chronologically concentrated in the long decade from the late 1970s to the early 1990s. Cervelli’s research in the field is partly connected with his intense seminar work at the Italian-German Historical in Trento. In his research, Cervelli interacted fruitfully with international historiography, as demonstrated by his interest in the work of Hans Rosenberg. At the core of his interest are three aspects: analysis of the formation of a modern absolutist state in Prussia in the 17th and 18th centuries, with specific interest in the interaction between the central state and corporate interests; the evolution of liberalism during the 19th century, from the political as well as ideological perspective; a synthetic, but highly interesting, monograph on the «conservative modernization» of Germany in the 19th century, which is at the centre of Cervelli’s reflections. In sum, it provides an interpretation of the evolution of society, economy and politics towards bourgeois modernity in its peculiar features, careful to avoid schematic readings. 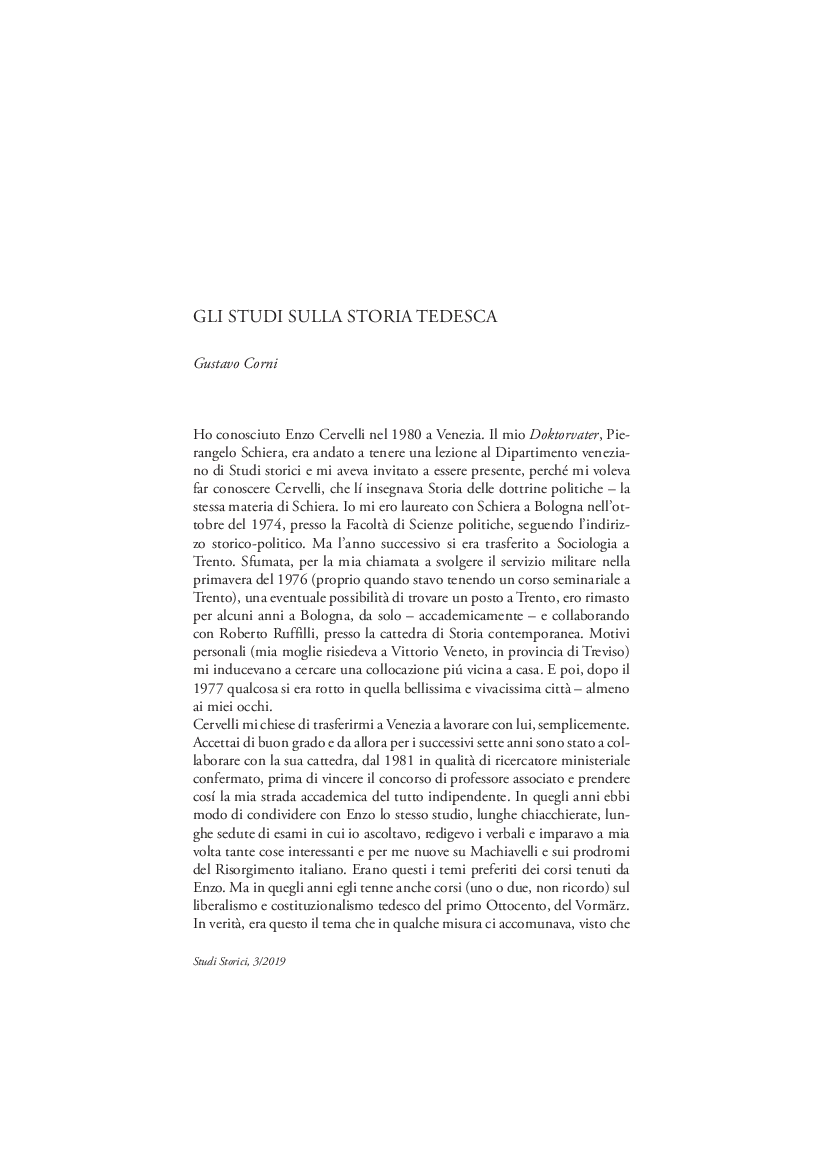