The last book by Enzo Cervelli, dedicated to the origins of the Paris Commune (“Le origini della Comune di Parigi. Una cronaca [31 ottobre 1870-18 marzo 1871]µ, Roma, Viella 2015) is closely linked to a series of essays written by him in the fifteen previous years and dedicated to some figures of such revolutionaries as Jules Vallés, Emmanuel Barthélemy, and Gustave Lefrançais. In these texts, we find the same aspiration: to bring out from the bare chronicle of events a succession of three different and concatenated conflicts; an initial general resistance against the Prussian invasion develops into rebellion against the government’s leanings guided by the choice of accepting military defeat, followed by a radical popular revolt against the wealthy accused of being oppressors and starvers of the common people. In this last phase of increasing radicalization, the prevailing Neo-Jacobin and Blanquist tendency is countered by a minority but significant trend: anarcho-socialist communalism, whose significance Cervelli asserts. 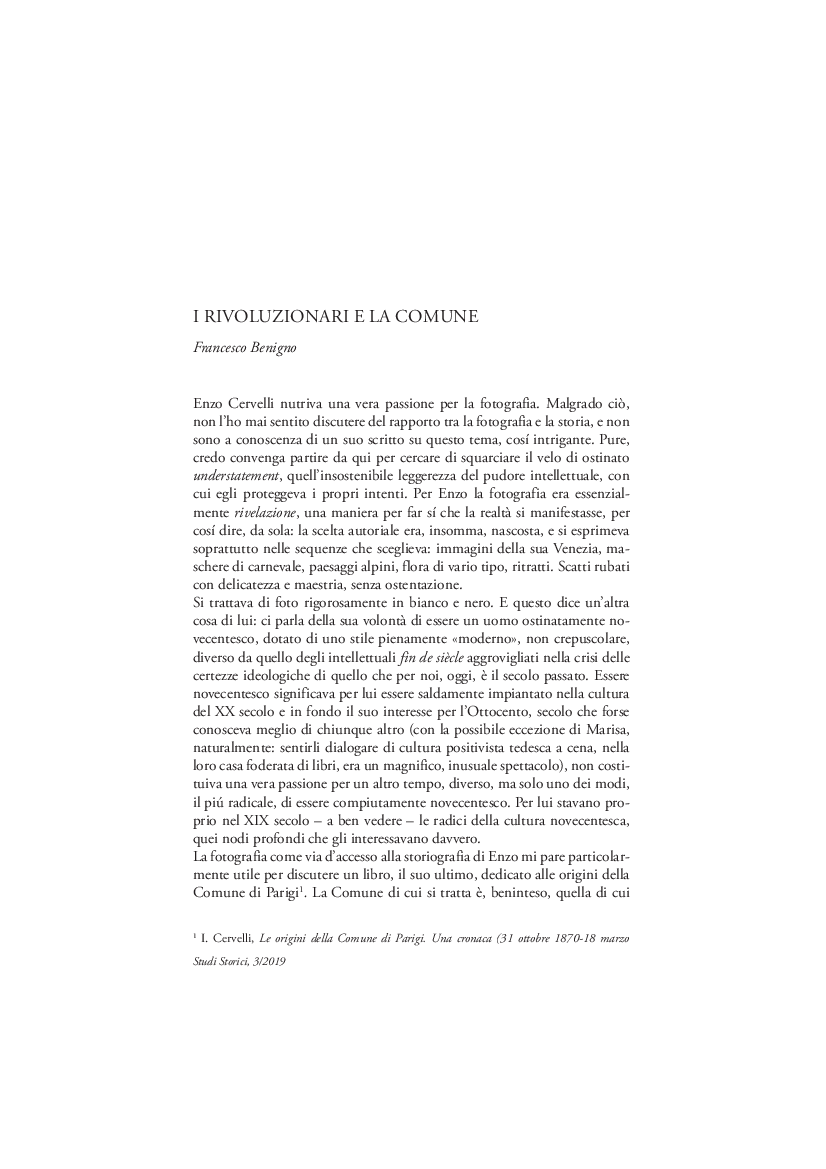