This contribution advances an interpretation of Enzo Cervelli’s investigation into the figure of the historian Gioacchino Volpe. Cervelli’s Volpe, it is argued, is seen as a prism through which to reconstruct the history of Italian culture between the nineteenth and twentieth centuries, notably in its ideological aspects of anticipating Fascism. Cervelli was able to discern, across the whole of Volpe’s historiography, a number of topics – such as nation and nationalism, the generational discourse, the missed encounter with Marxism, historiographic irrationalism, and autobiographical subjectivity – some of which were elaborated decades before the mainstream research did so. By leveraging these issues, Cervelli painted a complex and labyrinthine fresco of Italian and European culture during the late liberal age and Fascism, which took its cue from a historical question of an essentially political nature. 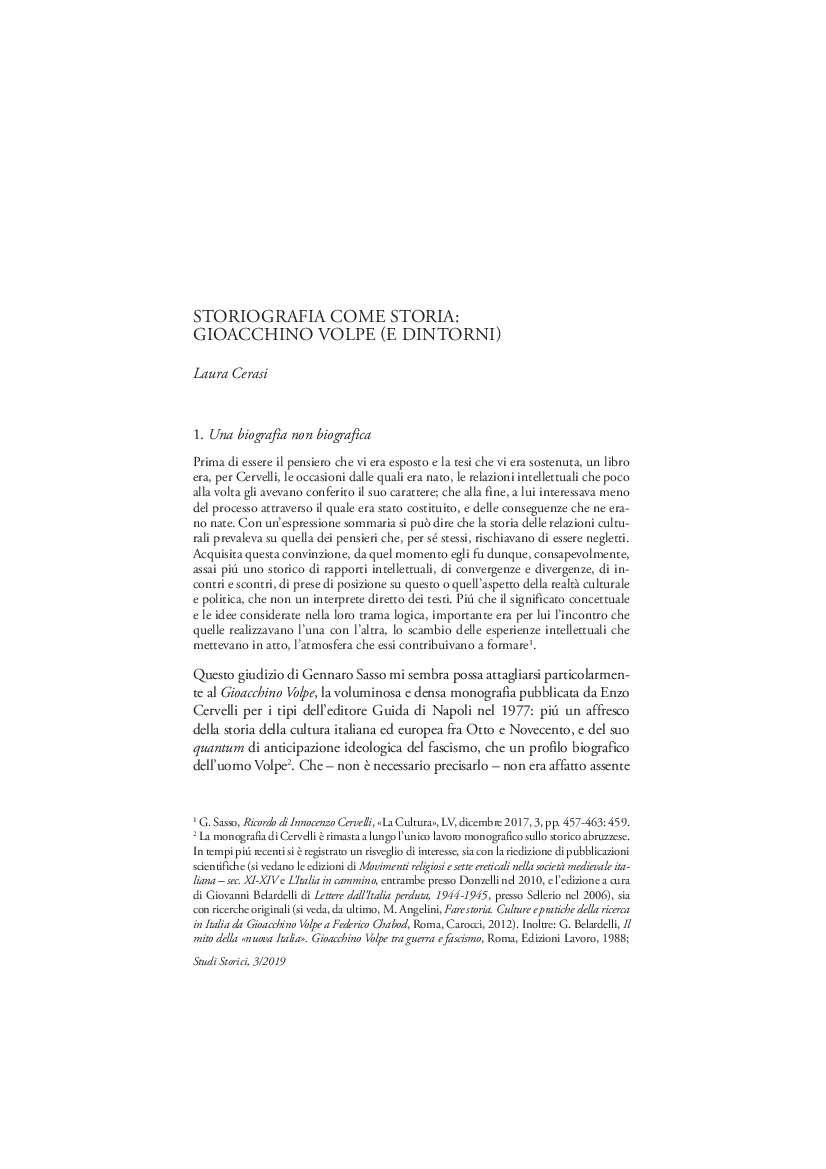