The studies on the fortunes of Diderot have given us several readings: master of the tyrannicidal people, friend of the people of the “Communeµ, and Tribune of the people. Thanks to research on Diderot’s political works, I carried out a study on the notion of the people in Diderot’s political corpus. My paper offers a semantic redefinition of the categories of people and the transition to that of general will. The analysis starts from the “Encyclopédieµ and shows the results achieved both on the most famous texts and on those unpublished in Italian. In light of this research, the three types of people, proposed by Mortier and inherited from Strugnell, of «working people», «multitude» and «nation», are no longer convincing. Here, ideas of a people à la Diderot are gathered around three great questions: one of a sociological nature, in which we find categories like “multitude and fouleµ; one of an economic nature, focused on labour; and the third, political “in fieriµ, involving a people to be built with the discipline and self-regulation of labour, compulsory and free education, and laws. 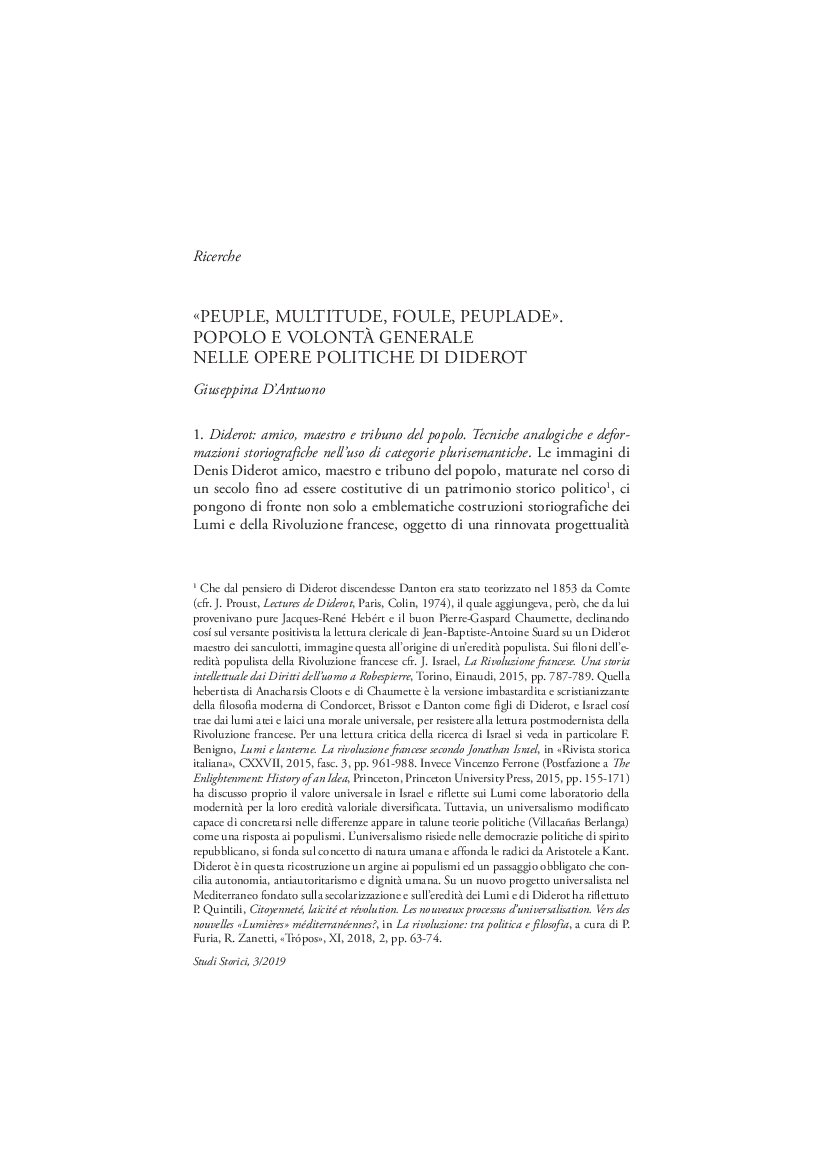