This essay reconstructs the history of Christian Democrat political representation in the province of Reggio Calabria from the postwar period to the 1960s. In that setting, the lack of autonomy of civil society and the weakness of party organization did not facilitate the birth of an open-minded and incisive political leadership. For this reason, the Church hierarchy often invaded the field belonging to the Christian Democrat political class. The lack of political synthesis and the centrifugal force of the local power, combined with preferential voting, caused an electoral split that exacerbated particularisms. Moreover, the various groups of the Calabrian Mafia hindered the expansion of the action of the political class. The economic and social gaps tended to be enclosed within the regional electoral district where the leaders of the other Calabrian provinces held sway. The province of Reggio thus constituted a good source of votes for the DC, but the benefits it drew from the governmental policies for the “Mezzogiornoµ were limited, due not only to structural factors, but also to the behaviour of its political class. 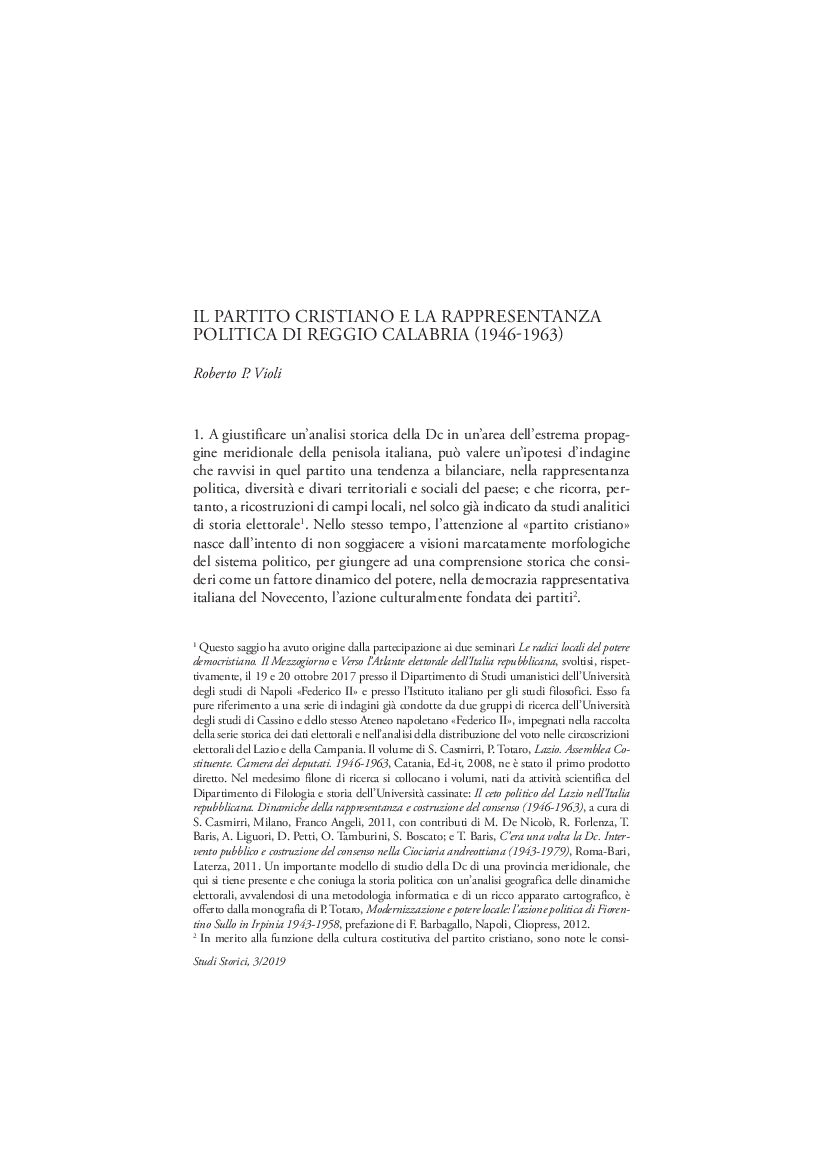