The essay traces the long political-religious path of Ethiopia in the second half of the twentieth, century, marked by the crisis of the confessional state and the affirmation of a secular regime. It is a process that was achieved through incisive fractures in the internal balance and the entire stability of the Horn of Africa. In this context, the Church – precisely because of its link with the imperial institution – has represented an element of continuity, having survived abrupt changes of regime and able, despite the persecutions suffered, to maintain a strong social grip. This is true for the twenty years dominated by the Marxist regime of the Derg, which was forced to limit its secularism in an ambivalent policy prone on the one hand to compressing the political role of the Church, and on the other to controlling it as a tool of legitimacy for the regime. Even the new democratic state, despite its lay and multi-confessional configuration, has felt the need not to renounce – through some form of control and influence – the legitimizing role that has characterized the life of the Ethiopian Church in its secular imperial history. 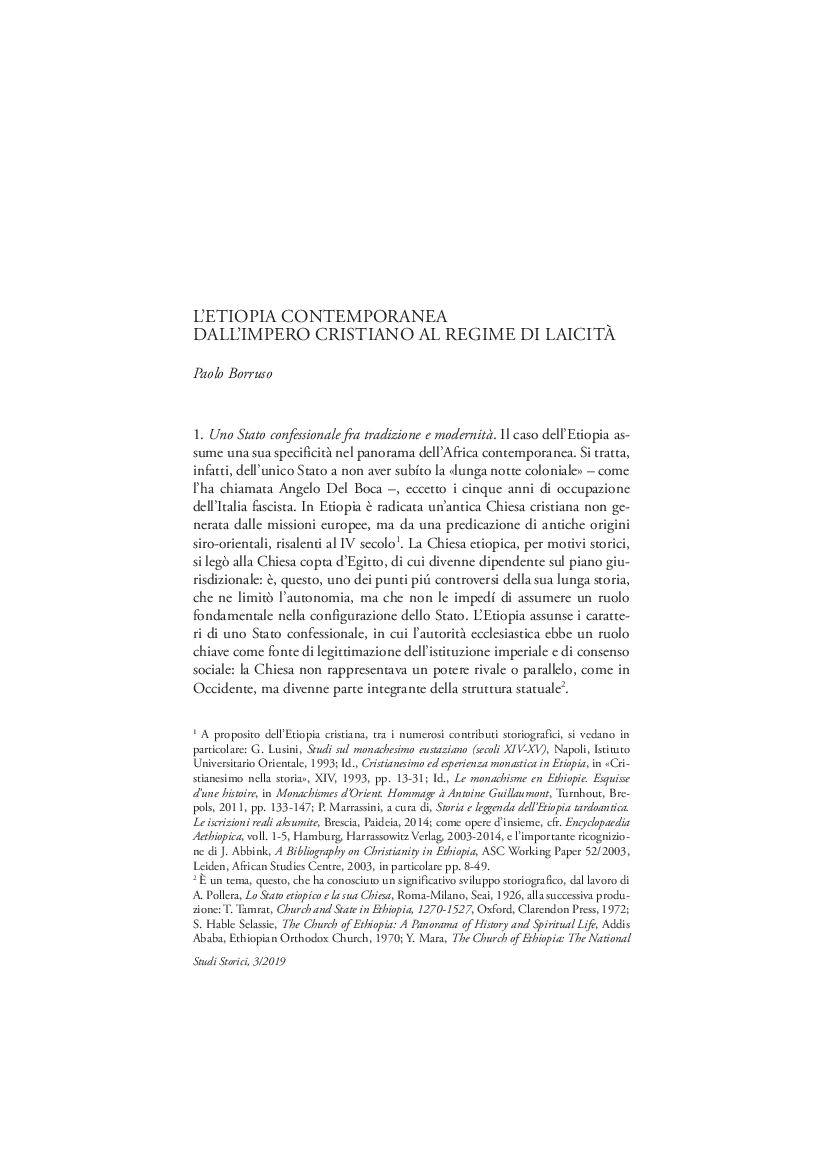