The role played by Rosario Villari as a public intellectual was closely connected to his political and historical reflections on Soviet Socialism. This paper analyses his interventions in two distinct moments. Firstly, Villari’s contribution to debates on dissent in Eastern Europe and the Soviet Union in the late 1970s, when he was a member of Parliament for the Italian Communist Party and an advocate of Eurocommunism. Secondly, his views on the decline and fall of Communism in Europe and Russia between 1989 and 1992. The evolution of Villari’s interpretation, which ended up in a very critical assessment of the entire experience of Communism since 1917, had serious implications, in terms of historical thinking, on the legacy of the twentieth century. 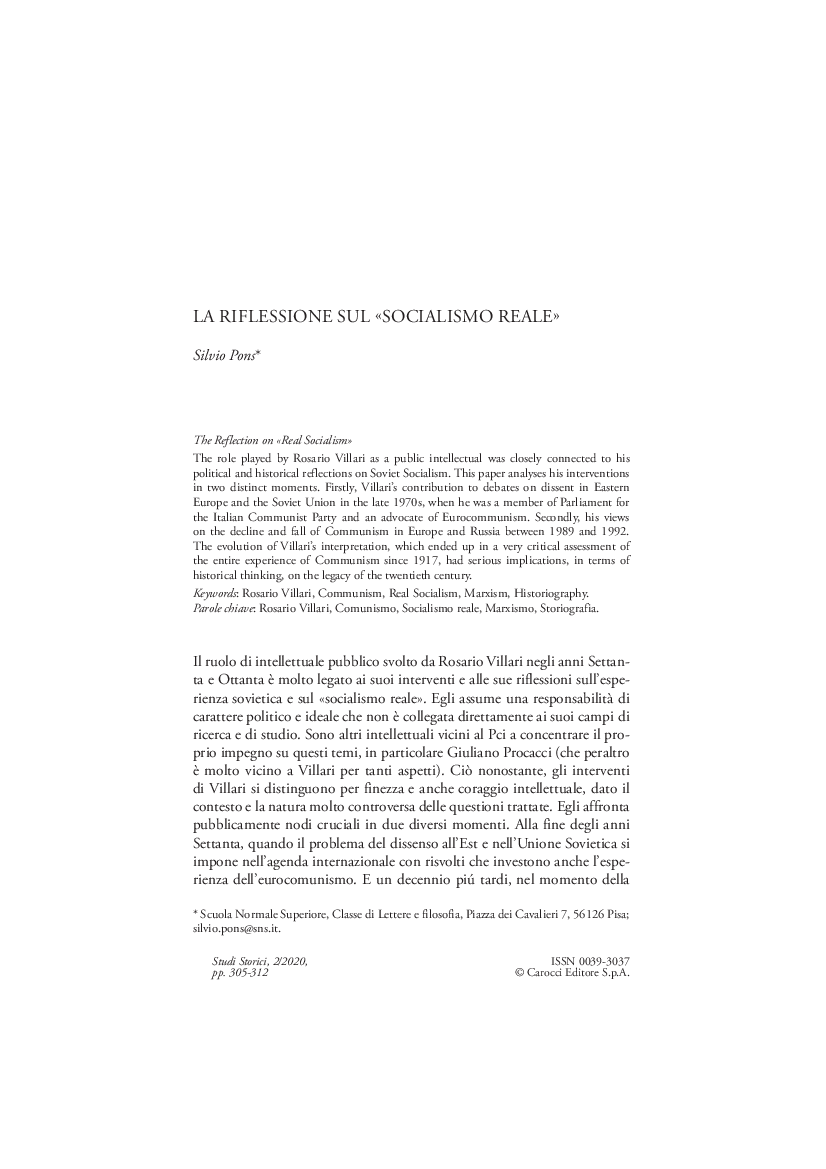